HomeA Menorah That Escaped The Anschluss 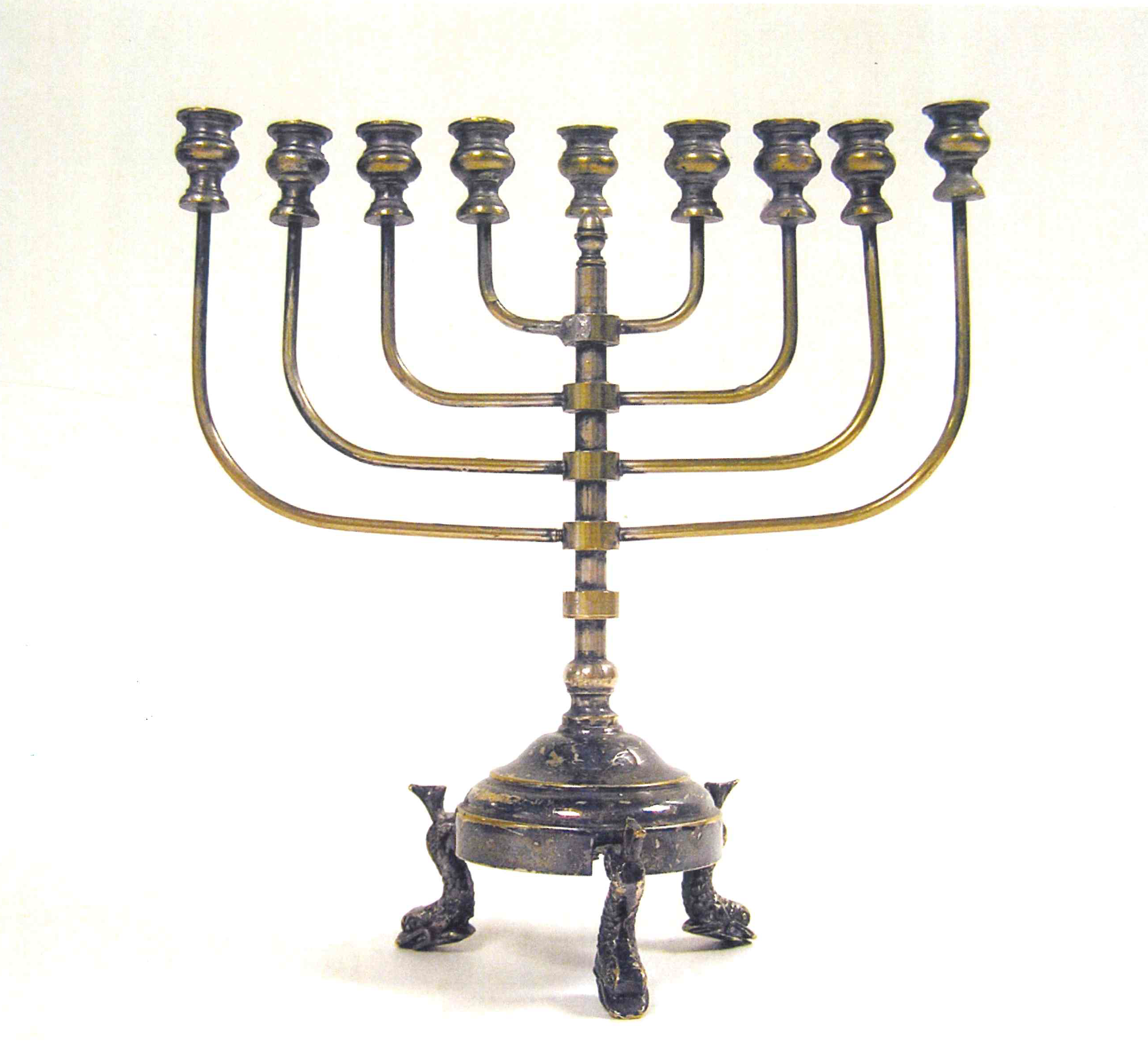 This brass Menorah (c. 1900), used during the Jewish festival of Chanukah, was brought to the US by Lili and Karl Kolb in 1938, shortly before the Anschluss – the annexation of Austria by Nazi Germany. The Kolbs narrowly escaped the Anschluss with the help of Ida and Sam Arkin of Detroit, Michigan. The Arkins sponsored the Kolbs’ immigration to the United States.

Lili’s mother, Mathilde Stern, was a widow who raised three small children and still established herself as an accomplished dress designer during the 1920s in Vienna. When her daughter and son-in-law left Austria, Mathilde Stern was the only Jewish resident left in her apartment building in Vienna. Fortunately, her neighbors held her in high esteem and she remained safe until her family in America arranged for her to leave Austria.

Lili and Karl lived with the Arkin family in Detroit until they could afford a place of their own. Karl’s banking experience helped him find work with Chrysler, and Lili began designing clothes for well-to-do clientele.

Mathilde Stern resided with her daughter and son-in-law for many years. They were very grateful to be living in the United States.

This artifact is currently on display in the Jewish Heritage Gallery of the Holocaust Memorial Center Zekelman Family Campus. To reserve admission to the museum, click here.