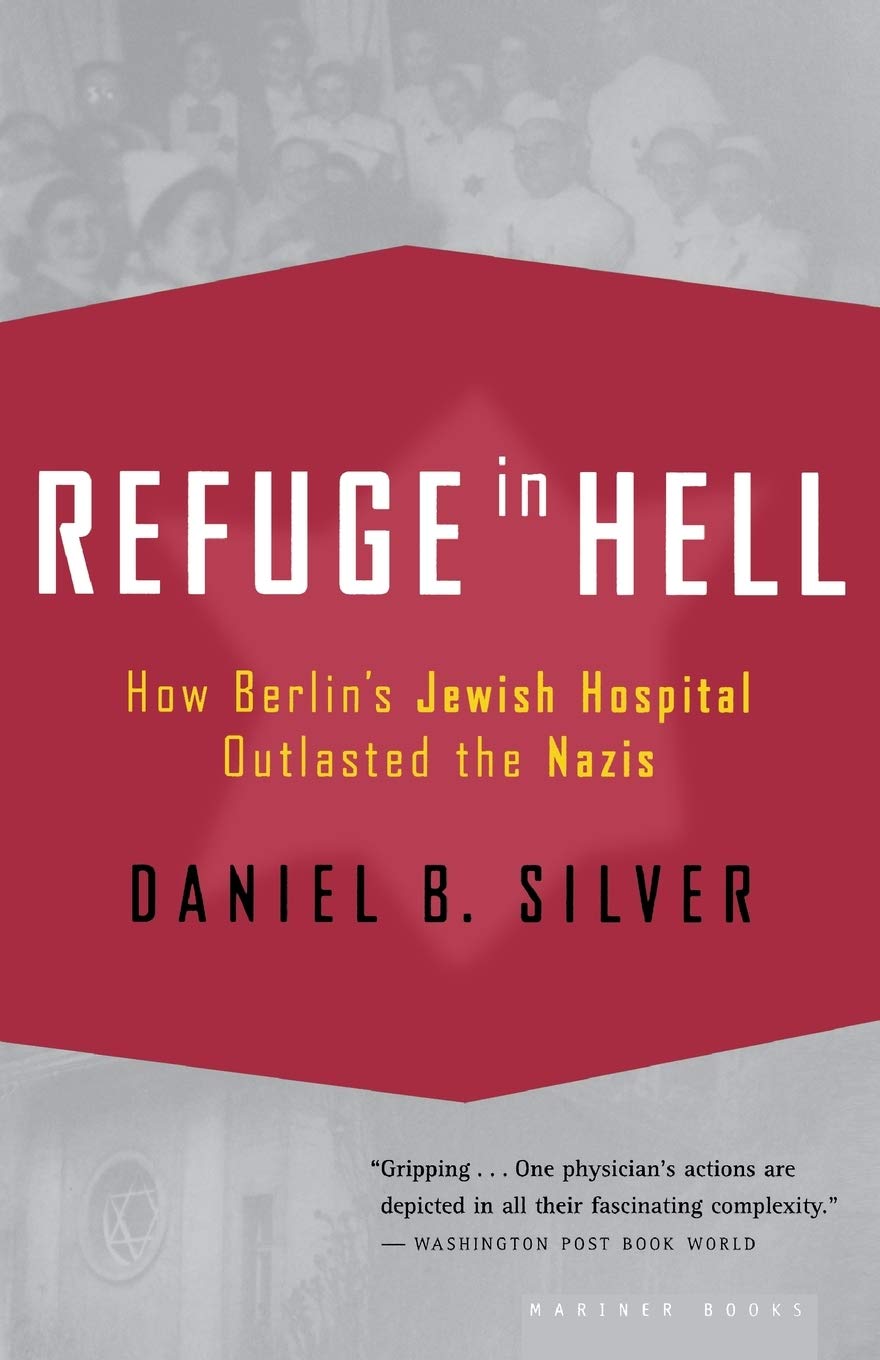 The survival of 800 adults and children in WWII Germany at Berlin’s Jewish Hospital is the subject Daniel Silver’s book Refuge in Hell: How Berlin’s Jewish Hospital Outlasted the Nazis. The survival of the Jewish patients occurred while Adolf Eichmann and his staff kept it under scrutiny. There are various proposed Nazi ideological determinants that may have allowed the hospital to exist and function in the heart of Nazism. It served as a substitute for a Jewish ghetto and was a source for deportation to concentration camps and killing centers. The hospital provided doctors and nurses in a deportation holding camp on hospital grounds [Sammellager]. The hospital returned local Jewish patients to health and thus prevented alleged Jewish diseases from spreading to the German population and deportation personal. It had a medical laboratory thus enabling the other local laboratories to avoid being contaminated analyzing non-Aryan tests. The administration section had offices of many various German non-Jewish organizations. The hospital director had important relations with Eichmann along with being a skillful negotiator.

The major reason may have been the fact that the hospital was to become the Academy of Youth Medicine but it was deceivingly arranged by Heinrich Himmler’s Reich Security Main Office [RSHA] and the Gestapo. The transfer contract was exclusively designed by the RSHA and the Gestapo. They wanted the hospital to continue functioning for the previous reasons outlined. The transfer contract was exclusively authored by them. The RSHA and the Gestapo wanted no interference from any other departmental entity or the Finance Ministry. If they could demonstrate that the hospital was useful for Nazi procedures, the Academy would be forced to delay occupancy. The RSHA and Gestapo wanted the convenience involved regarding deportation and wanted the power to dominant the Nazi bureaucracy.

Dr. Hermann Pineas, chief of the hospital’s neuropsychiatry department, discovered the true meaning of deportation and its consequences. He alerted the staff. Doctors began proceeding in Jewish interests. The Jewish patients admitted were either from concentration camps or locals, sick or injured. Some doctors may have resorted to unnecessary surgeries [appendectomies for example], confined the incoming patients, and helped them to either escape or postpone deportation. There were files that contained bogus operations. One patient was falsely diagnosed with diphtheria and was saved because the Germans were in horror of the disease. Dr. Lustig was aware of the many pretexts, but turned the other way. However, he did select, according to his power and desires, those within the hospital to be deported. The fearful staff commonly avoided irritating him to elude removal to the camps. Approximately a total of 800 patients and staff were ultimately saved from deportation by the end of the war.