The Butterfly Effect: Stories and Legacies of Three Holocaust Survivors

Learn about the experiences of three Holocaust survivors in their own words. Each with a unique story of survival, they have now fostered legacies at the Holocaust Memorial Center that will help teach future generations about the dangers of hate and discrimination. Watch the video and read more about each survivor below. 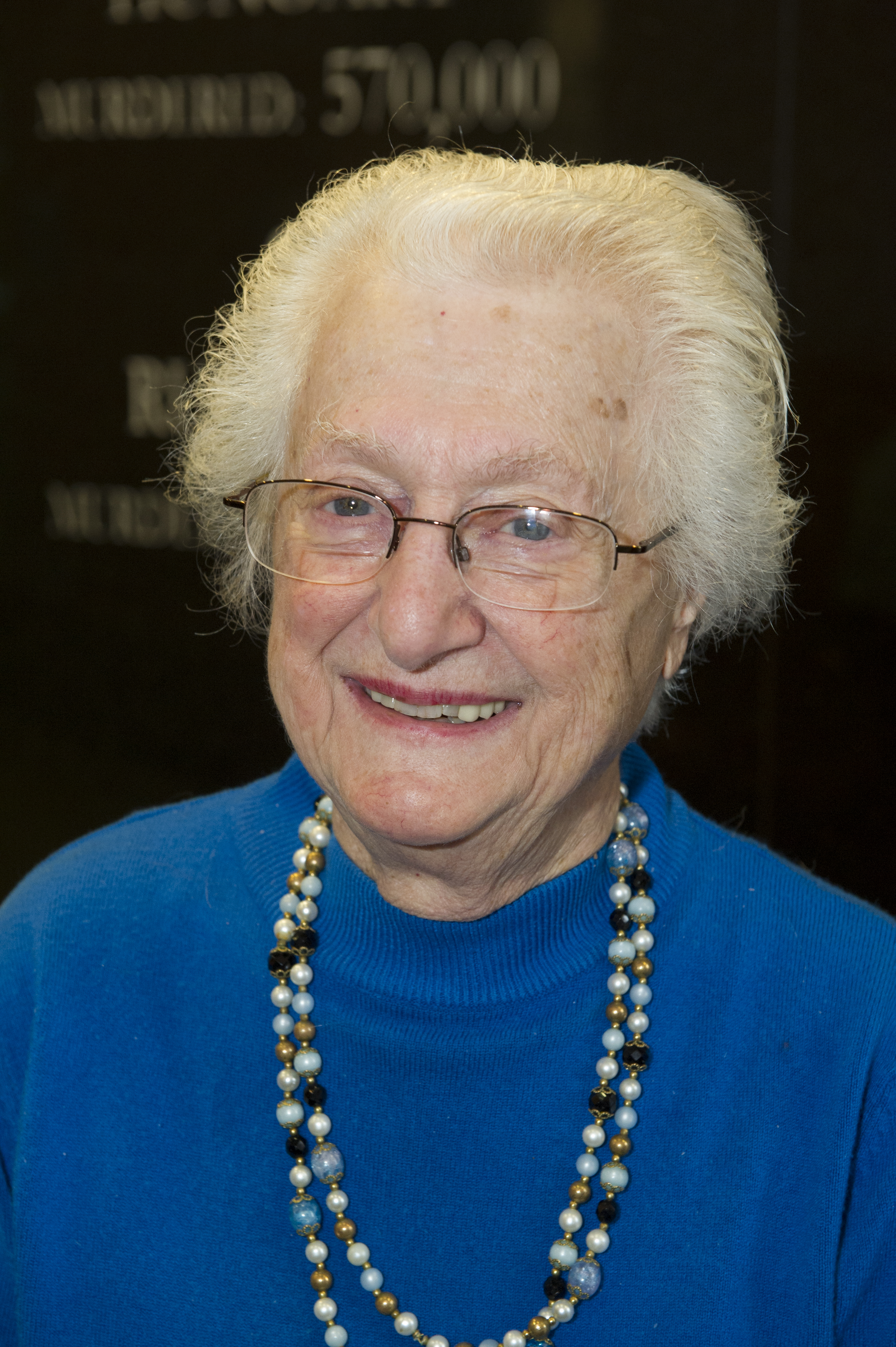 Edith was born in Germany and vividly remembers the violence of Kristallnacht (Night of Broken Glass), in which anti-Jewish attacks took place throughout Germany, Austria, and parts of the Sudetenland in Czechoslovakia. Approximately 7,000 Jewish businesses and homes were damaged and looted; 1,400 synagogues were burned; cemeteries and schools were vandalized; and 30,000 Jews were arrested and sent to concentration camps during the violence. Edith observed from her family’s apartment window the burning of the synagogue across the street, preceded by the burning of prayer books and prayer shawls in front of the synagogue. She also recalls her aunt and uncle moving in with her family after they lost their home as a result of this mass riot.

Less than a year later, Edith, her older sister, and four of her cousins were brought to England as part of the Kindertransport, an organized rescue effort of Jewish children living under Nazi control after the events of Kristallnacht. Learn more about the Kindertransport by clicking here: Special Exhibit – Kindertransport Memory Quilts. 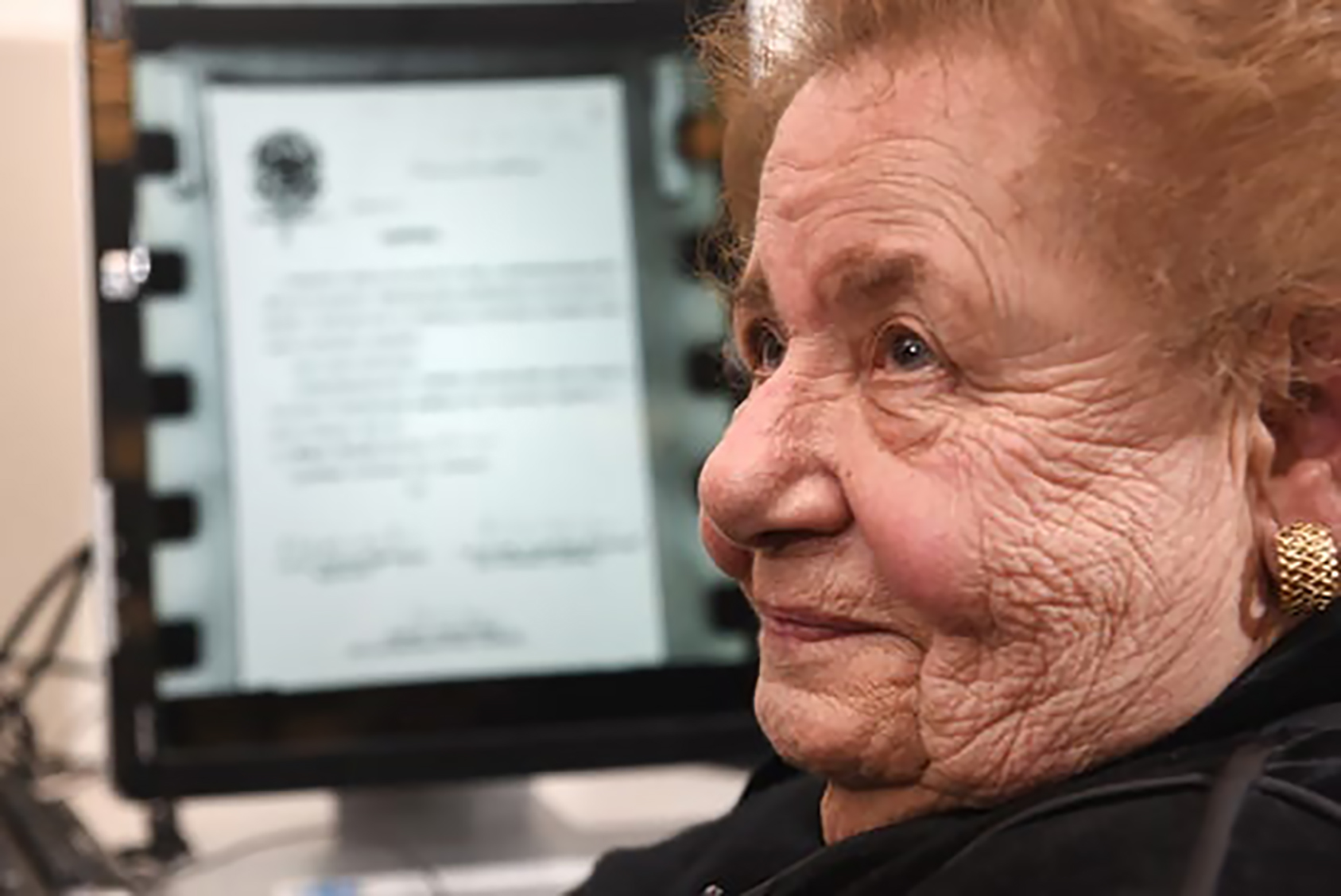 Clara was born in Hungary, and as a teen she evaded capture by the Nazis and their Hungarian supporters. She has painful memories of the Holocaust; she lost her father, sister, and 31 first cousins. She survived by hiding in 22 different places around Hungary. In a matter of a few months in 1944, the Nazis deported more than 400,000 Hungarian Jews to concentration and death camps.

Clara has been translating thousands of documents from the Hungarian government during WWII, a task that is supporting the efforts of attorneys helping to track down rightful owners of possessions looted from Hungarian Jews during the Holocaust. Read more about Clara’s work here: Translating Tragedy: Clara Garbon-Radnoti’s Deciphering of Hungarian Holocaust Records; and dive deeper by listening to Clara describe her work here: Discovery & Recovery: Holocaust Stolen Art and the Hungarian Documents. 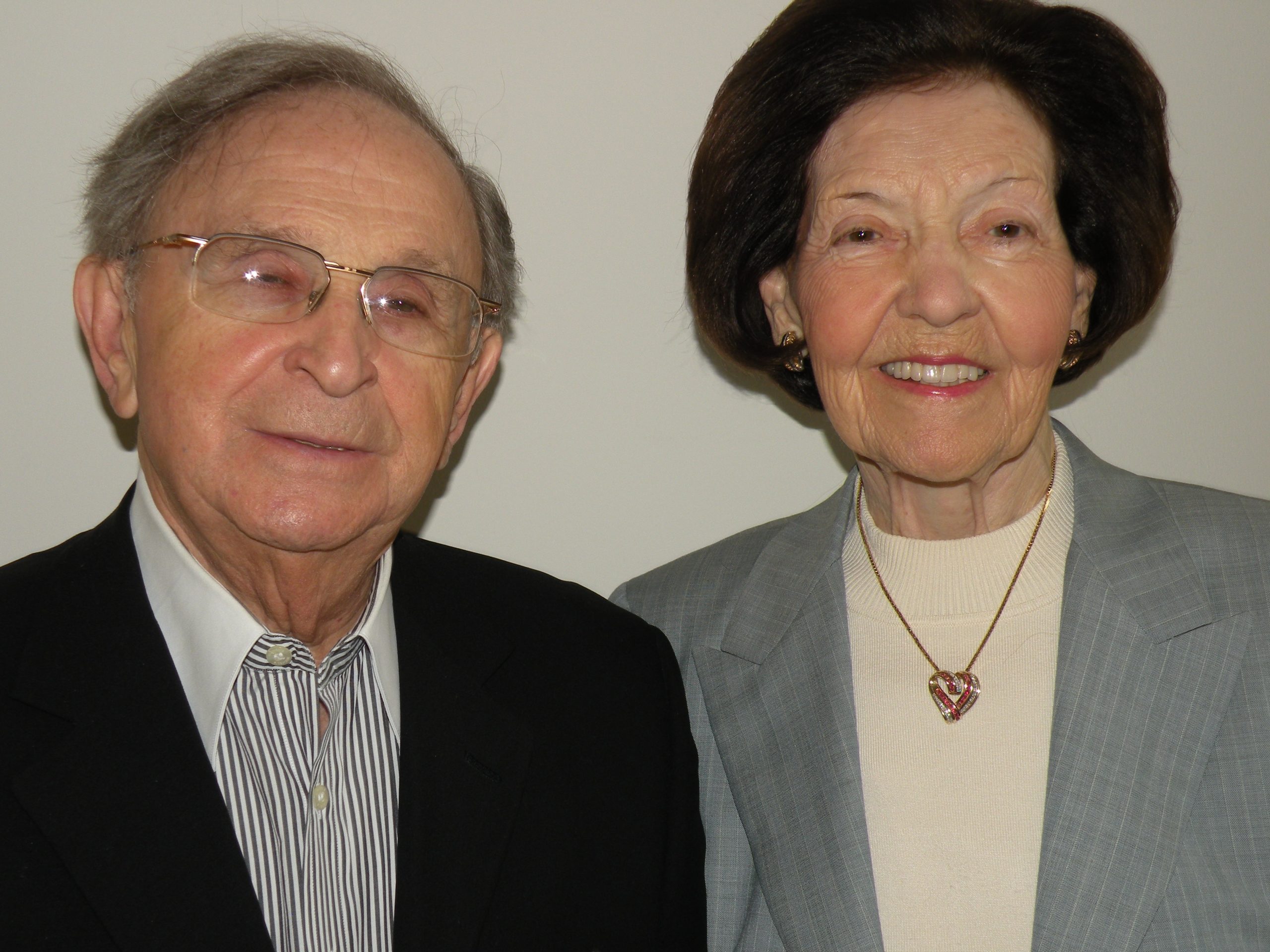 Garry was born in Opatow, Poland. During the Holocaust, he was imprisoned in a series of different labor camps. He survived the horrors of Buchenwald and Auschwitz. Garry recognizes the importance of memorializing the victims of the Holocaust, and additionally feels that it is crucial to educate and help prevent future genocides. It was this inspiration that led to the Kappy Family Anne Frank and Elie Wiesel Night Art & Writing Competition for middle school and high school students.

The Kappy Family Art & Writing competition educates students about the Holocaust, engages them through Anne Frank and Elie Wiesel’s profound stories, and empowers them to move from thought to action using creative expression. Learn more about the Art & Writing competition, and see this year’s winners here: 2021 Winner’s Showcase; and check out our living artifact – the Viola and Garry Kappy Anne Frank Tree –  grown from a sapling cutting of tree that grew outside Anne Frank’s hiding place in Amsterdam. 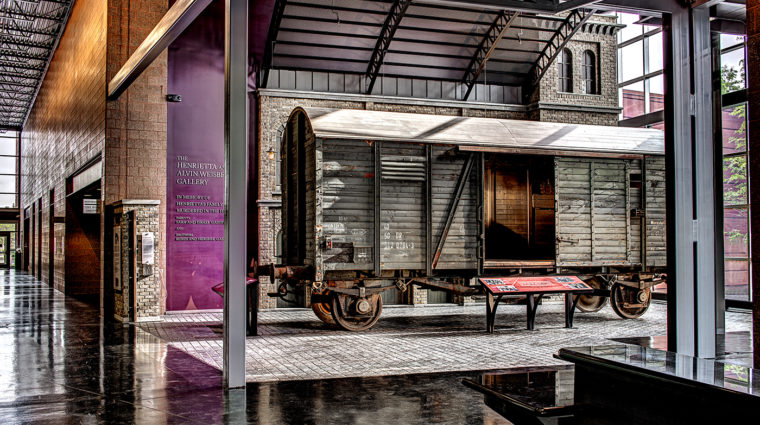 Now at the HMC 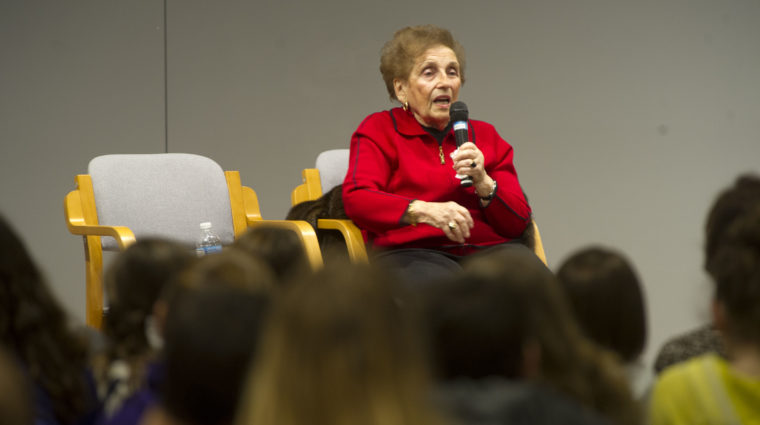 Voices from across the HMC Community offer their perspectives and experiences from the Holocaust, the museum, and more. 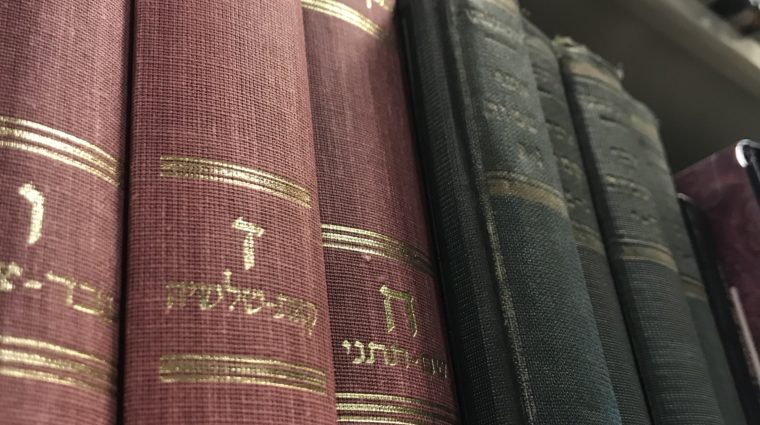 Review in-depth articles and the latest news about the HMC Library Archive's collections, activities, and research related to the Holocaust. 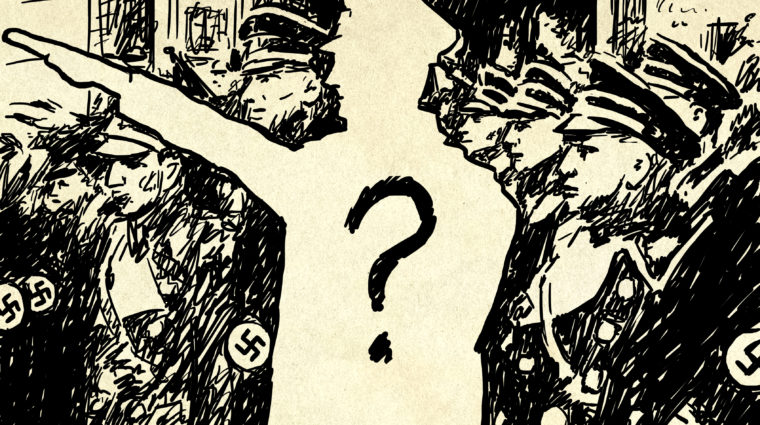 The Driver Is Red 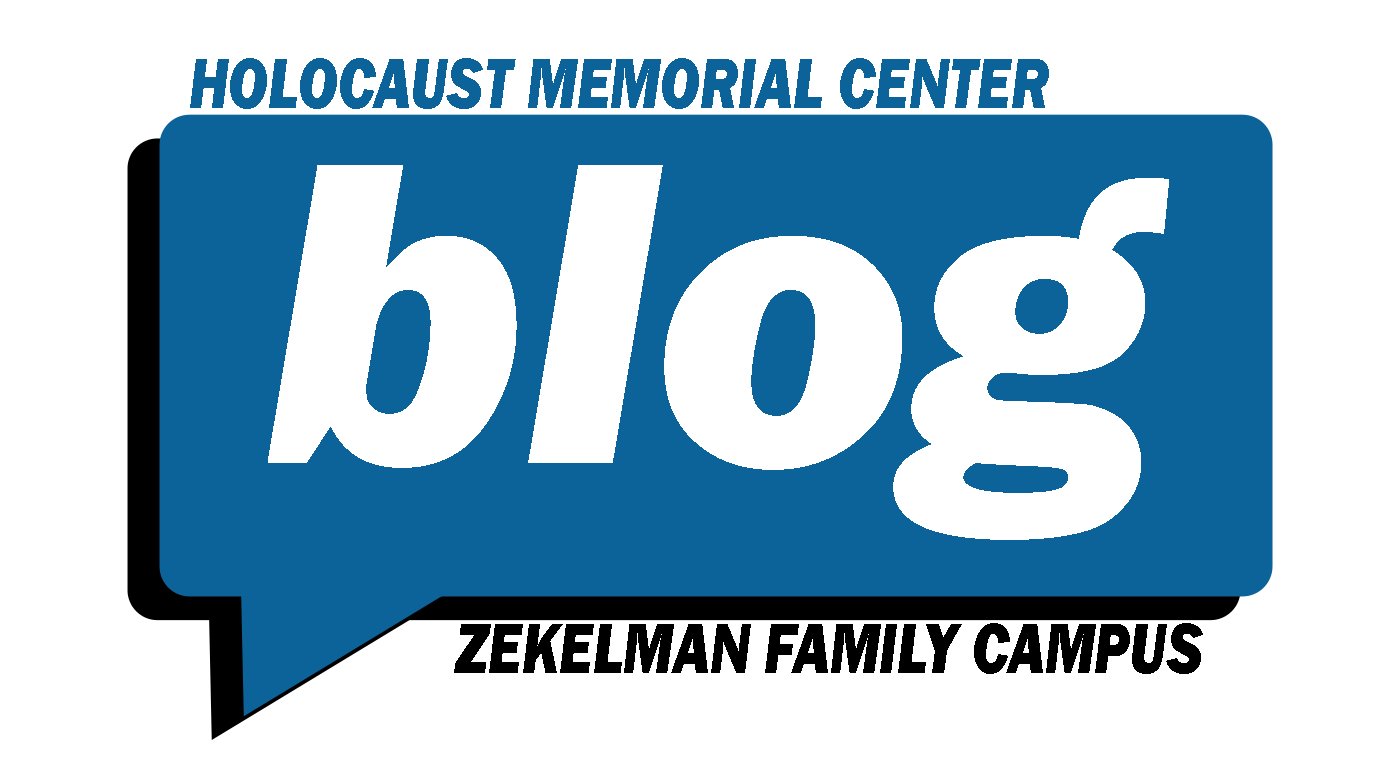 NOW AT THE HMC

We are proud to offer a wide array of programs and events, ranging from author talks, to musical performances, memorial services, film screenings, and more.

Help us honor the memories of those men, women, and children who suffered or died in the Holocaust and teach the inherent worth and dignity of human life in order to prevent future genocides.