As you look into the portraits of the survivors, you will see faces of pain and suffering as well as beauty, resilience, and the triumph of the human spirit. 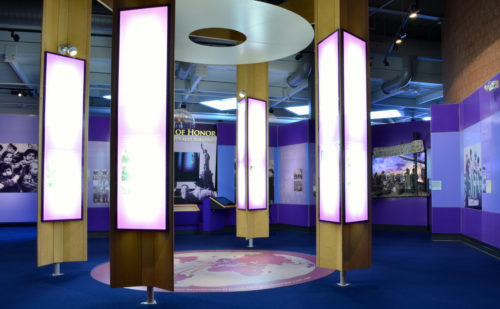 When the national armies of European countries were defeated in World War II, the Jewish populations within these countries were in a helpless and powerless situation. They were, by and large, civilians with little military training. They had no access to weapons and their national armies had been overrun by Nazi Germany.

As we read the Survivors’ biographies and learn about the overwhelming circumstances and horrors that they went through, we gain a greater appreciation and respect for their strength and for their resilience.

Portraits of Honor cherishes and honors each and every Michigan survivor. For so long, Holocaust survivors have not been appreciated for what they endured and for what they have gone on to accomplish in their lives after the war.

After the Holocaust, survivors came to America, many to Michigan. They learned a new language, a new culture, and began new lives. They worked hard and raised families. The memories of the overwhelming losses and horrors they experienced have continued to haunt them, yet they have been able to go on with life. Their children, grandchildren, and even great- grandchildren are here and contribute to society. In spite of the Nazi attempted genocide, the Jewish people have continued. To quote from the “Song of the Partisans” that the survivors sing, “Mir zeinen du!” “We are here!”

Use Portraits of Honor