By: Becca Gallick-Mitchell – Friend of the HMC 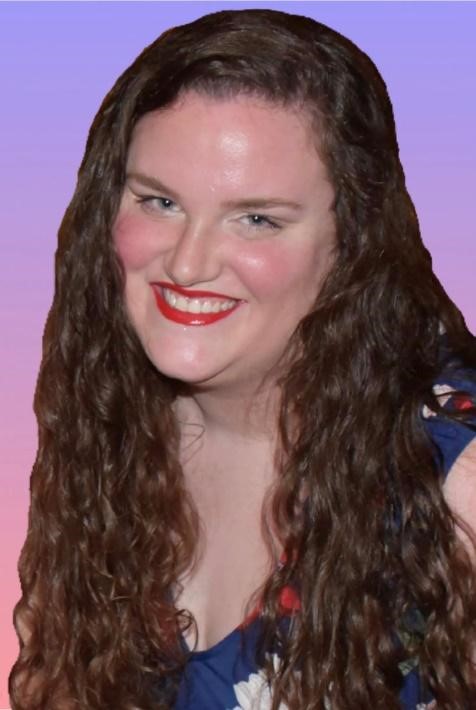 My name is Becca Gallick-Mitchell, and I’m a third generation Holocaust educator, recipe developer/blogger, and the founder of the InstaGrandma’s Kitchen website and Instagram. Although I’m constantly developing my own recipes, my underlying reason for starting InstaGrandma’s Kitchen was to share my family’s most precious recipes that survived the Holocaust. This helps my Grandma Mala Dorfman’s legacy extend to and touch the lives of others as well.

I offer storytelling events as well as cooking classes and step-by-step demonstrations focusing on my great-grandmother Esther Weintraub’s recipes that are among the only remaining fragments of her vibrant, precious soul. The only other remnants are a single photograph that the Nazis took of her without her sheitel (wig) and a gorgeous embroidered painting/tapestry that she made by hand, pictured below. She perished in the Shoah along with my great-grandfather Yoil and their three youngest children, but the recipes that filled their hearts and bellies live on in my home, and now in kitchens around the world. 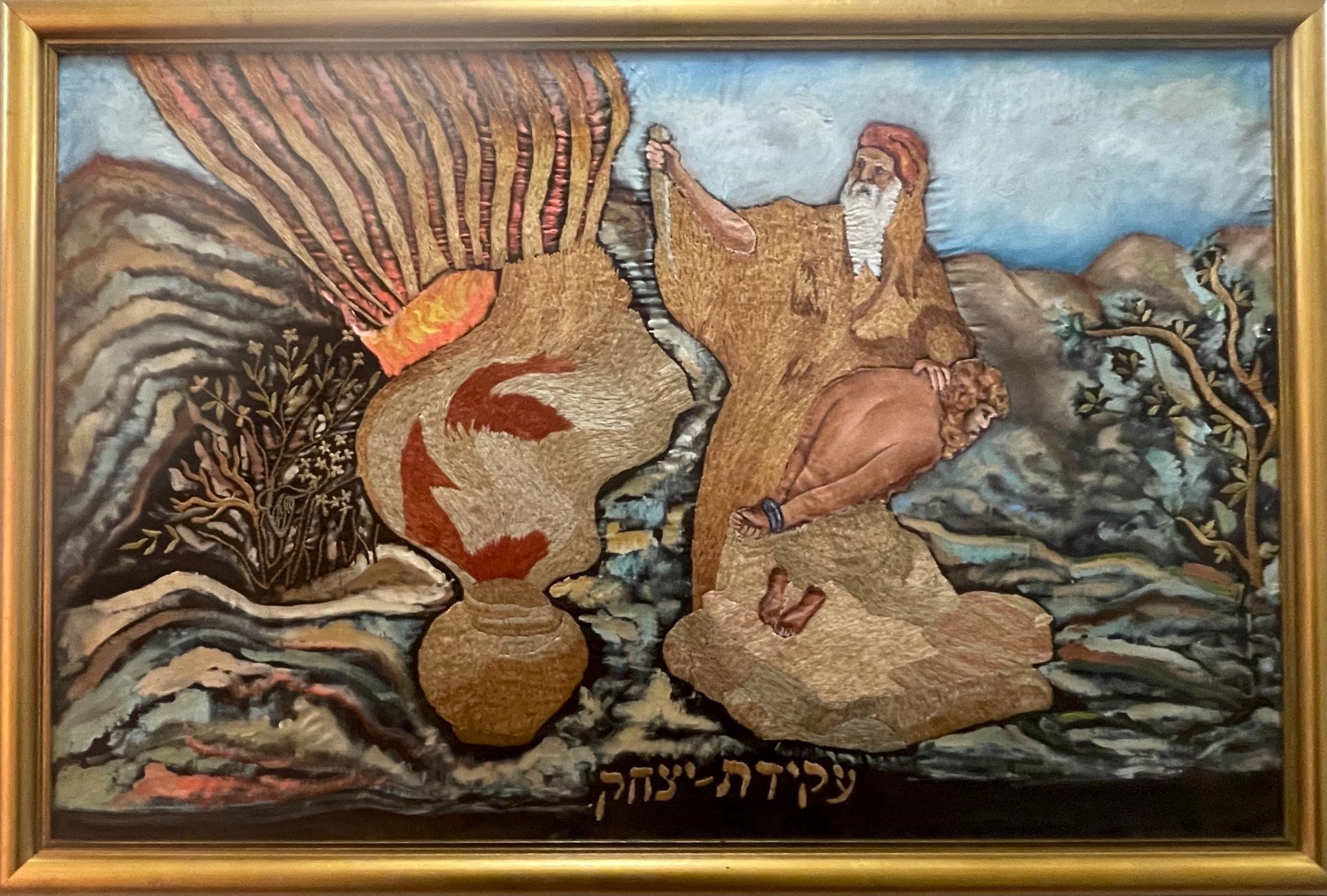 Because my Grandma Mala grew up with her mother’s recipes, and quite often was tasked with helping to create them, she has been able to carry them with her throughout her life. As a result, I was fortunate enough to have them in the backdrop of my childhood, defining “comfort” in my culinary lexicon. While I’m infinitely grateful for these precious connections to my family members I’ll never get to meet, I’m struck with a profound sadness to not have any recipes from my Papa Henry Dorfman’s side of the family.

What I do have are precious memories of my Papa Henry, and his story of survival that fills my heart with pride, inspiration, and hope. My Papa was an incredibly resilient, vivacious, hardworking man. He was a Holocaust survivor, butcher, business executive, philanthropist, humanist, and a truly phenomenal grandfather. He taught me what it looks like to not only survive against all odds, but also to rise up and thrive after the unthinkable. He was determined to live his life to the fullest, in part to stubbornly stick it to Hitler. More importantly, his joie de vivre was born out of a need to live for his mom, Glicka, and younger siblings, Srulka, Calman, and Rachel, who no longer could. 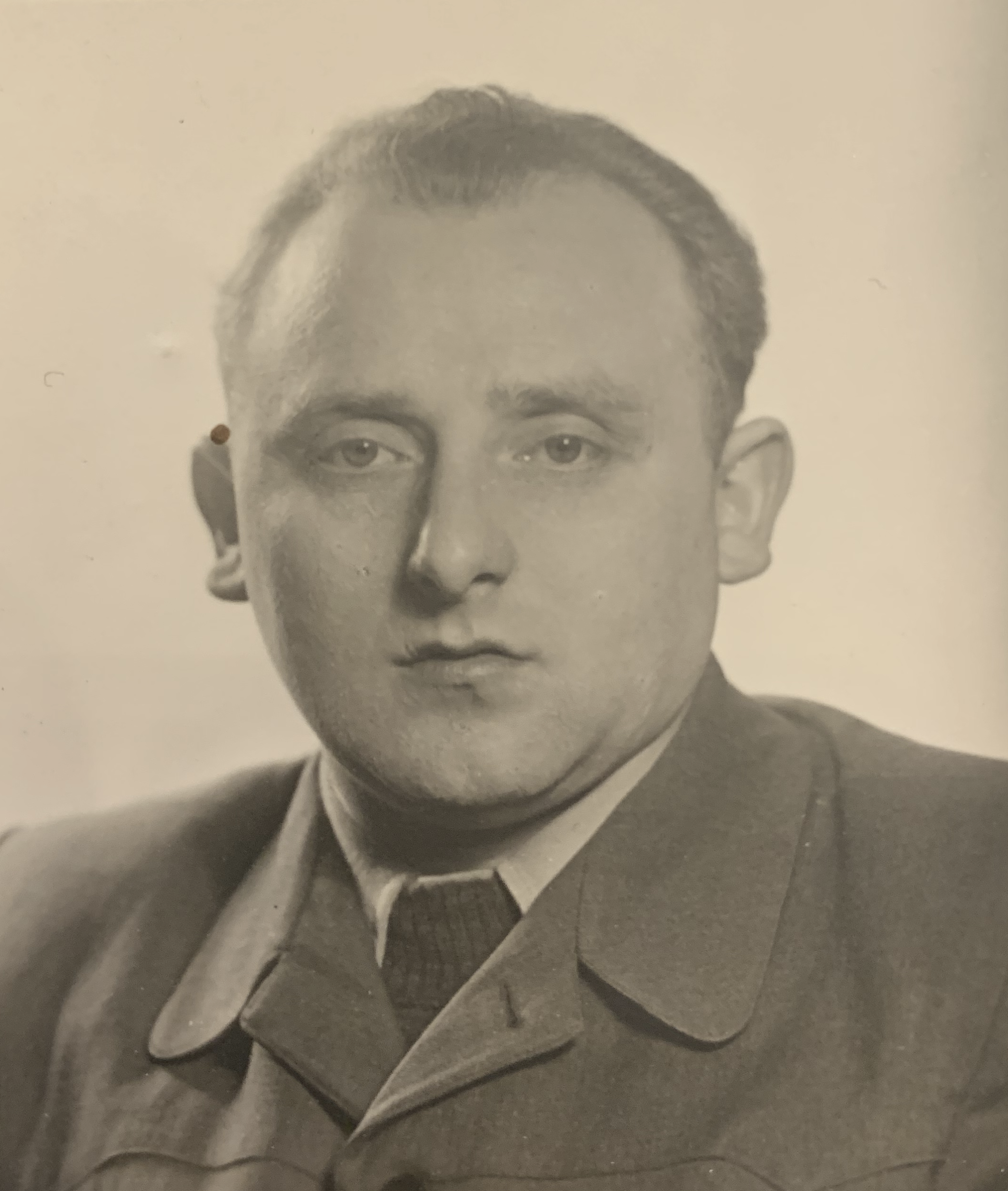 Henry Dorfman, originally named Yehoshua David Chaim Dorfman, was born on February 11th, 1922 to Moshe and Glicka Dorfman (née Greenberg) in the little town of Glowaczow, Poland. He was the oldest of four children; only Henry and his father survived. Unlike in many other towns in Poland, the Jews in Glowaczow were allowed to live in their homes for the first couple of years of German occupation, and the Jewish community they already lived in became a small ghetto. However, this didn’t spare them from the atrocities that were occurring elsewhere. Within two weeks, the Gestapo rounded up the Jewish men into the town square, including Moshe, and cut off their beards in front of the entire town.

In 1941, the Dorfmans were transferred from Glowaczow to the Kozienice ghetto. There, Moshe was able to connect with a contact of his from the food business, a righteous gentile by the name of Heinrich Meyer, who was the head groundskeeper for a nearby castle estate. Together, Moshe and Meyer devised a plan to hide the family in an underground bunker dug out under a barn that sheltered livestock on the castle grounds. The barn was situated on the outskirts of a nearby forest, and they made sure that the bunker underneath had a back door so an escape into the woods would be possible if their position were to be compromised. 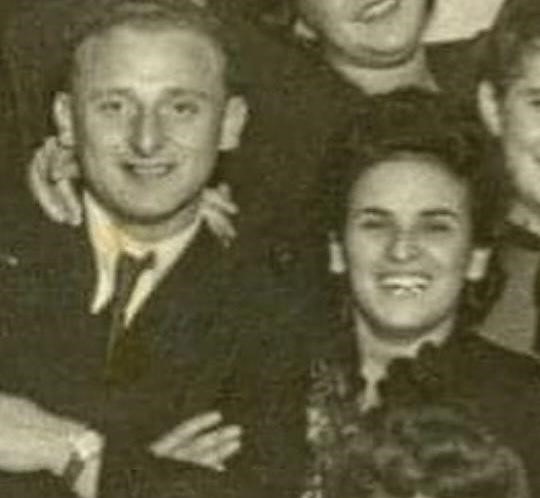 Meyer told the Dorfmans that he had heard rumblings, and that if they boarded the trains, that would be the end of them. Unfortunately, they weren’t able to organize the escape to the bunker in time, and the entire family was rounded up with the rest of the Jews in Kozienice to go to Treblinka. Henry and Moshe got separated from Glicka and the little ones when being forced into the cattle cars. They never saw them again.

Knowing what their fate would be, it took Henry two full days of clawing with his hands and banging with his head to break through the side of the cattle car. He was the first to escape, followed by Moshe. They jumped into a valley on one side of the train tracks. Most of the other Jews who escaped after them were gunned down and killed, but Henry was unscathed and Moshe tore up his leg, but not fatally. Henry was able to use his shirt to create a tourniquet. They spent 3 days traveling from the valley to their bunker outside of Kozienice, where they hid from 1942 to December, 1944. Meyer helped them throughout that time period, never taking any money for his trouble. What Meyer didn’t know was that Henry and Moshe were taking in other runaway Jews to hide in the bunker as well. 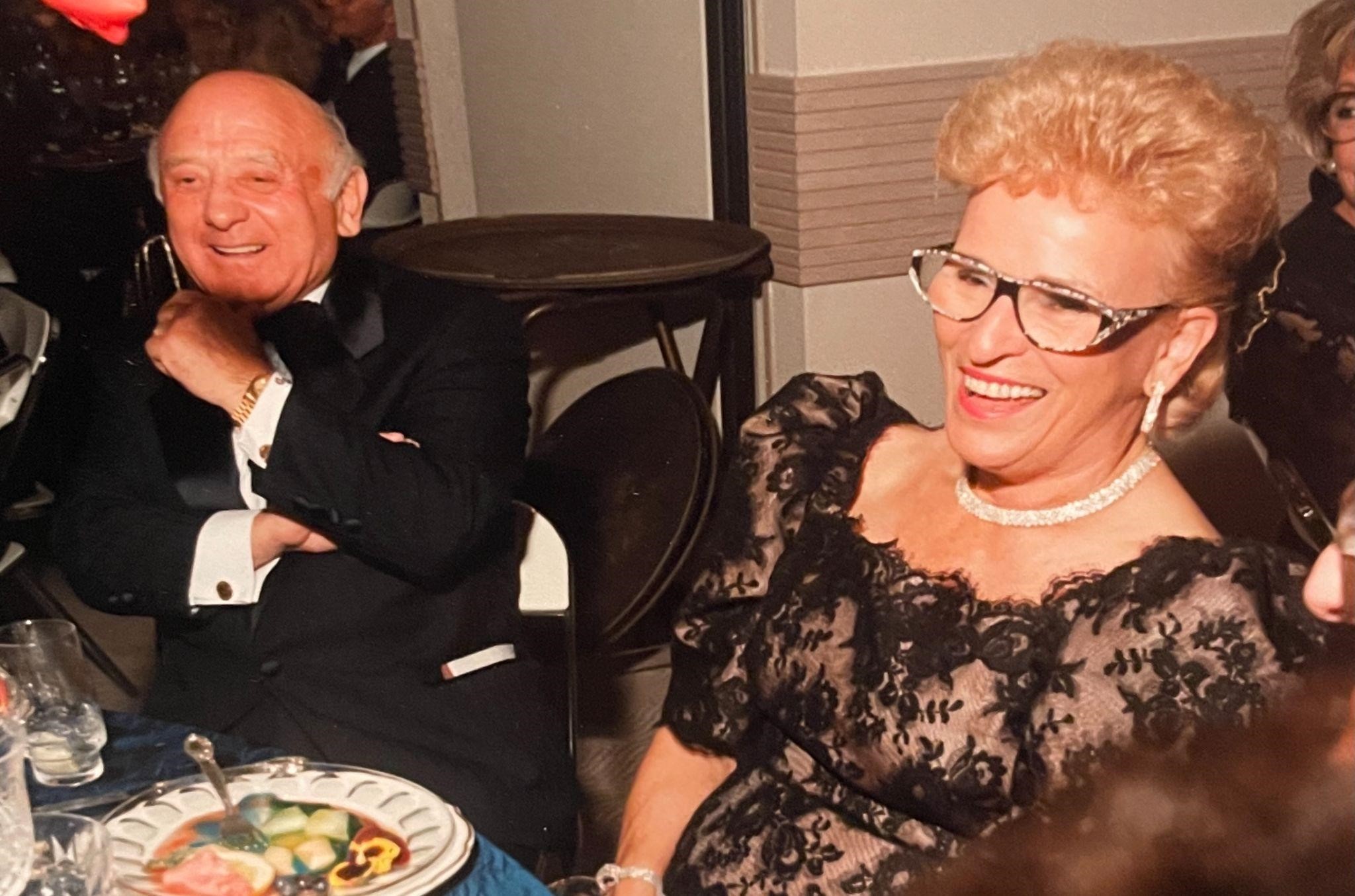 They were involved with the Jewish Resistance in the forest, or the “partisans” as he called them, and they were able to acquire grenades and guns to defend themselves. To my knowledge, they never had to use the guns, but they did use the grenades a few times. When Henry was able to sleep, he would clutch a grenade because he wasn’t willing to be taken alive. Henry and Moshe were liberated by the Soviet Army in 1944. Henry got drafted in, but he and a number of other survivors were able to escape and flee back to Lodz, where he met my Grandma Mala at a Jewish center after she was liberated in 1945. They got married later that year.

When they immigrated to Topeka, Kansas in 1949, Henry immediately started working to build a better life. In 1950, they traveled to Detroit for a cousin’s wedding and discovered a whole community of survivors here with whom they could assimilate into American society. When they got back to Topeka, Henry handed in his two weeks’ notice, and they moved to Detroit. He began working at the Eastern Market, using his training as a master butcher from before the war. A true example of the American dream, he later went on to build Frederick & Herrud, a meat distribution company which eventually became Thorn Apple Valley, a Fortune 500 company that was, in its heyday, a household name across the country. 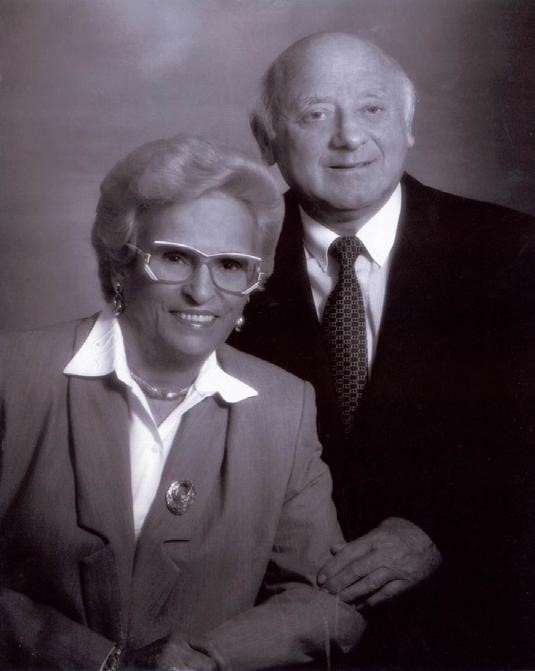 During their individual and shared trials in tribulations, the two of them never lost their zest for life. They worked hard, but they also knew how to grab life by the horns and devour it, because they knew too well how fleeting it can be. My Papa had the kind of belly laugh that was infectious, and he wielded it often. He had a way with people that made everyone feel like the most important person in the room, and he thrived on those connections. To this day, my Grandma lives her life to the fullest, relishing most of all her time spent with family.

They shared their financial success with the righteous gentiles who helped them survive, along with a list of benefactors too long to name. They truly became pillars in their communities both philanthropically and as role models of integrity and moral fiber.  They never wavered in their dedication to the Jewish values of tzedakah (charity) and tikkun olam (repairing the world). They have always deeply treasured their Jewish roots and remained steadfast in their commitment to helping the Jewish community. Perhaps most importantly, they have taught me to value and respect those outside of our community as well. They knew firsthand the profound impact that an upstander, like Heinrich Meyer, can make. No matter how far they went in life, they never forgot where they came from, why they were persecuted, and how they survived.