HomeHolocaust, Pandemia, and the Struggle for Optimism: Finding “Normal” After a Global Disruption like Coronavirus 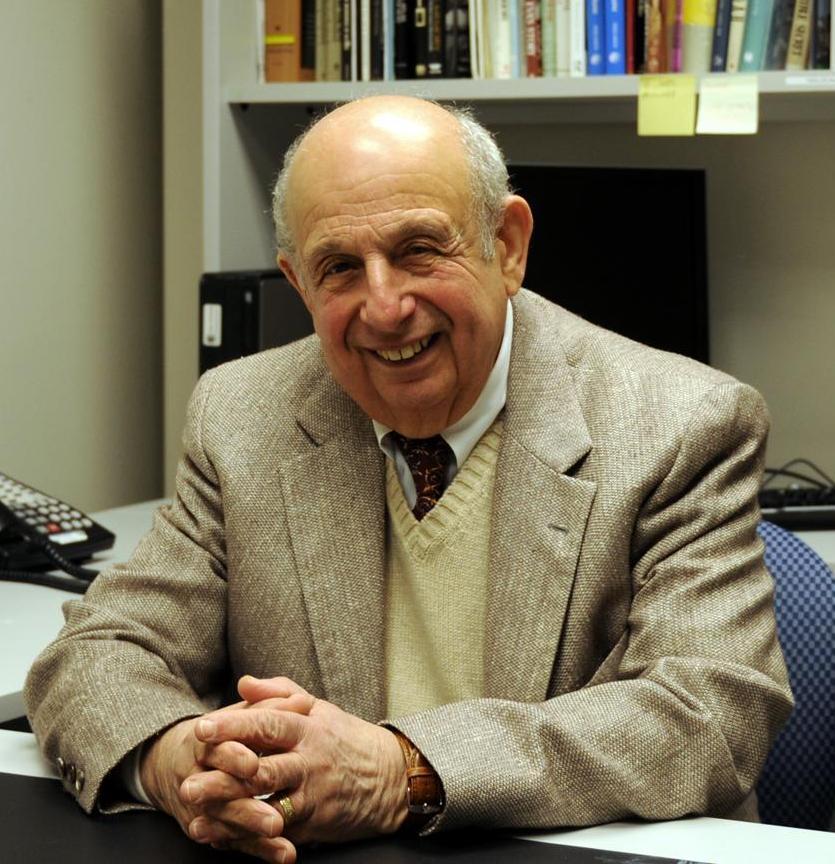 “If any class or race can be permanently set apart or pushed down below the rest in political and civil rights, so may any other class or race when it shall incur the displeasure of its more powerful associates, and we may say farewell to the principles on which we count our safety.”

During a far-off age called pre-Coronavirus I was strongly urged by a valued colleague to contribute to her anthology about my possible gain of wisdom, accumulated during a life of biblical duration. While cheerfully admitting my age, I was dubious whether I had gathered any old-age-wisdom at all. It might be a sign that indeed I had because I came up with the idea to consult the head librarian of our Holocaust Memorial Center Zekelman Family Campus, Feiga Weiss, whose surname can be translated as “Feiga knows.” Within half an hour she came back from our exemplary specialty library and handed me a reading list about wisdom of the ages in literature and scriptures. In one of the books, titled in English “Chapters of the Fathers,” I found one of those sages proclaiming: “One will find wisdom in old men and insights at very high age.”

Fortified by that reassurance I submitted that essay and it was still sustaining me, as a new task posed by our director, Rabbi Eli Mayerfeld, and a fellow worker, Isaac Vineburg reached me. It reads: “How do we go back to normal after a global tragic event like the coronavirus?” It also asked whether the Holocaust provides guidance.

Indeed, it does. At the conclusion of my wartime service as an intelligence sergeant during the European battles, I learned that I, having escaped Germany in 1937, was the sole survivor of my family. I felt as though an axe had severed me from my roots. My assumptions or dreams about my future life had been illusions. I held on to what little was left, a place to live with an aunt and uncle, and a perfunctory waiter’s job at a medium sized restaurant in midtown St. Louis.

In a book I found a chapter about the wisdom of grief. The essence of it was: “You must give time and place for mourning.” That made sense to me. In time I found both. My religion has set aside one calendar date for mourning victims of persecution and of the Holocaust. In time I found the place, at first in a neighborhood praying room, later in the initially small structure of our original Holocaust Memorial Center and still later in its imposing new structure. Fellow survivors have affirmed my felt need for a communal time and place for mourning. Some have found the latter in houses of worship, in school buildings, even in the retreat to a spare room.

After I discovered that my family had perished in the Warsaw ghetto, I tried to find all the remaining relatives, even those only peripherally tied to my family. I found a second cousin living in Switzerland, two in far-away Argentina, and a surviving aunt by marriage in Germany. I also found new friends but never was able to forget my losses.

Now, that a pandemic brings the need for grieving so many losses, people have to explore ways of coping. I predict that this duality—the remembrance of the dead and the clinging to the living—will be duplicated by many when the scourge of the virus will abate.

The Holocaust also taught me to forsake, for the most part, universal judgments. Not all Germans, for example, were the henchmen of evildoers nor complicit by inactivity. Nor have all of those surreptitious rescuers been uncovered. One story that a grandmotherly lady told me at our Holocaust Center has never left me: Her mother and she had finally wrangled a permit to leave Germany for France. When the train reached the final check point, all passengers had to exit the train. The nine-year old, separated from her mother, joined the line on the platform and, as instructed, took out her emigration paper. For once she read it closely. To her horror she discovered that the expiration date for that paper had passed. She started crying. A man, standing near her on the platform, while probably waiting for a later train, approached her. “Why are you crying?” he asked. She pointed to the expired paper. “Come with me!” he said. He led her back into the empty train to a curtain, separating the compartment from the restrooms. “Stay behind this curtain until the other passengers come back in.” She followed his advice. Her mother and she, reunited, reached France safely. In later years they would immigrate to the US. She never learned more about her rescuer.

There is yet another salutary lesson to be extracted from the Holocaust. Time and again fellow survivors, with whom I am in frequent contact at the Holocaust Memorial Center and occasionally at a gathering spot called “Café Europa,” attribute their survival in the concentration camps to three main factors: their faith and/or idealism, the active support they received from their fellow inmates, and their will to survive (the founder of Café Europa in Detroit, Dr. Charlie Silow, a friend and colleague of mine, confirms my observation).

How does that apply to today’s troubled situation? The media report that many neighborhoods have begun to draw closer during the pandemic, even founding formal organizations. As the Holocaust has shown, our present-day crisis may further document that cooperation and good will can make the difference between survival and death.

An example: I once asked a fellow member of my Jewish Health Club why he took an ice cold shower, even during coldest winter, prior to launching into his exercises. “Is that your way of belatedly waking up?” I joshed him. He did not laugh. “No, I have a better reason. As a teenager I was an inmate of a concentration camp in Russia. For a trivial offense I was stripped naked and nearly beaten to death by two guards. The moment I was let go by my torturers, my fellow inmates grabbed me. Of course they had no means to take care of my wounds. They carried me to the showers. The water was ice cold but lessened my pain and stopped some of the bleeding. I am sure that their ‘treatment’ saved my life,” he concluded. “To remember the decency of my fellow prisoners I take a cold shower every morning.” I thanked him and apologized for my inappropriate humor at the beginning of our conversation.

So far I have drawn on lessons for our times, taken from scripture and from that teacher in extremis, the Holocaust. What are, then, my insights gained from an exceptionally long life?

Here I will draw on more secular sources, literature commingled with science. When I started school at age six, we children first came to school with slates. Today many children of equal age carry computers to school. When I saw my first baseball game in 1938 we were all glued to the performance of the players, including their mannerisms and idiosyncrasies. During my more recent visits to Comerica Park I saw the youngsters dividing their attention between the baseball field, the scoreboard and their smartphones. Distant learning is a further example. It has proliferated during this pandemic and is likely to predominate when normalcy returns. The technical revolution, begun centuries ago, is likely to continue at an accelerated pace. While still teaching, I reported my grades on preprinted forms. Today I would send them in via computer. Towards the end of my career I surprised myself when the faces and voices of colleagues in far-away Germany were piped into my classroom in Detroit and debates could ensue. Nowadays it is not big deal. It is an advance, of course. But at what costs? Small liberal colleges and their curricula with arts and music, poetry and theater are likely to disappear. So will mom-and-pop stores, small restaurants, quaint villages—and my potential future interactions with my students during occasional guest professorships. A recent column in the New York Times of June 27, 2020 by Ross Douthat voices a similar fear.

As a professor of literature I ask myself today: Will future generations still be inspired by the exemplary action of Shakespeare’s Prospero in his readiness for forgiveness and surrender of power? And will they be repelled by the demagoguery of Mark Anthony in whitewashing Julius Caesar’s quest for autocratic rule?

If so, they may also demand the return for greater respect for our traditional institutions–and for common courtesy in political discourse.

Let me conclude with an example from a personal experience of how things were. My son Mark, still of school age, and I decided to spend part of our vacation in Washington, D.C. Through the great courtesy of my university’s president we received an invitation from Senator Robert Taft, Jr. (R-OH) to join him for lunch on one of those days in the Senate dining room. Our meal was repeatedly interrupted by Mr. Taft’s fellow senators of both parties for brief chats. Senatorial courtesy prevailed throughout. Then, during dessert, another gentleman dropped by. It was Senator Birch Bayh (D-IN). He lingered somewhat longer. I made a minor contribution to the conversation. “Senator,” I reported, “my wife would like you to run for president.” His reply came bullet-fashion: “My wife doesn’t!” Loud laughter from all diners within hearing distance followed that rapid repartee. No partisanship!

Further prophecies? Perhaps. Our nation has weathered crises before. With decency towards and care for one another, and with taking necessary precautions, we will overcome this crisis as well.

DR. GUY STERN is Distinguished Professor Emeritus in the Department of Classical and Modern Languages, Literatures, and Cultures at Wayne State University. He is currently director of the Harry and Wanda Zekelman International Institute of the Righteous at the Holocaust Memorial Center Zekelman Family Campus. His new memoir Invisible Ink became available in August 2020. Born in Germany in 1922, Stern escaped to the United States in 1937 and served in the US Army Military Intelligence Service from 1943 to 1945 earning the rank of Master Sergeant. He landed in Normandy three days after the D-Day invasion and was active until the Allied victory in Europe. He was decorated with the Bronze Star for his work interrogating German prisoners-of-war, and has since been distinguished with the Grand Order of Merit of the Federal Republic of Germany and the National Order of the Legion of Honour; the highest French decoration for military and civil merits.

Make a tribute in honor of Dr. Guy Stern 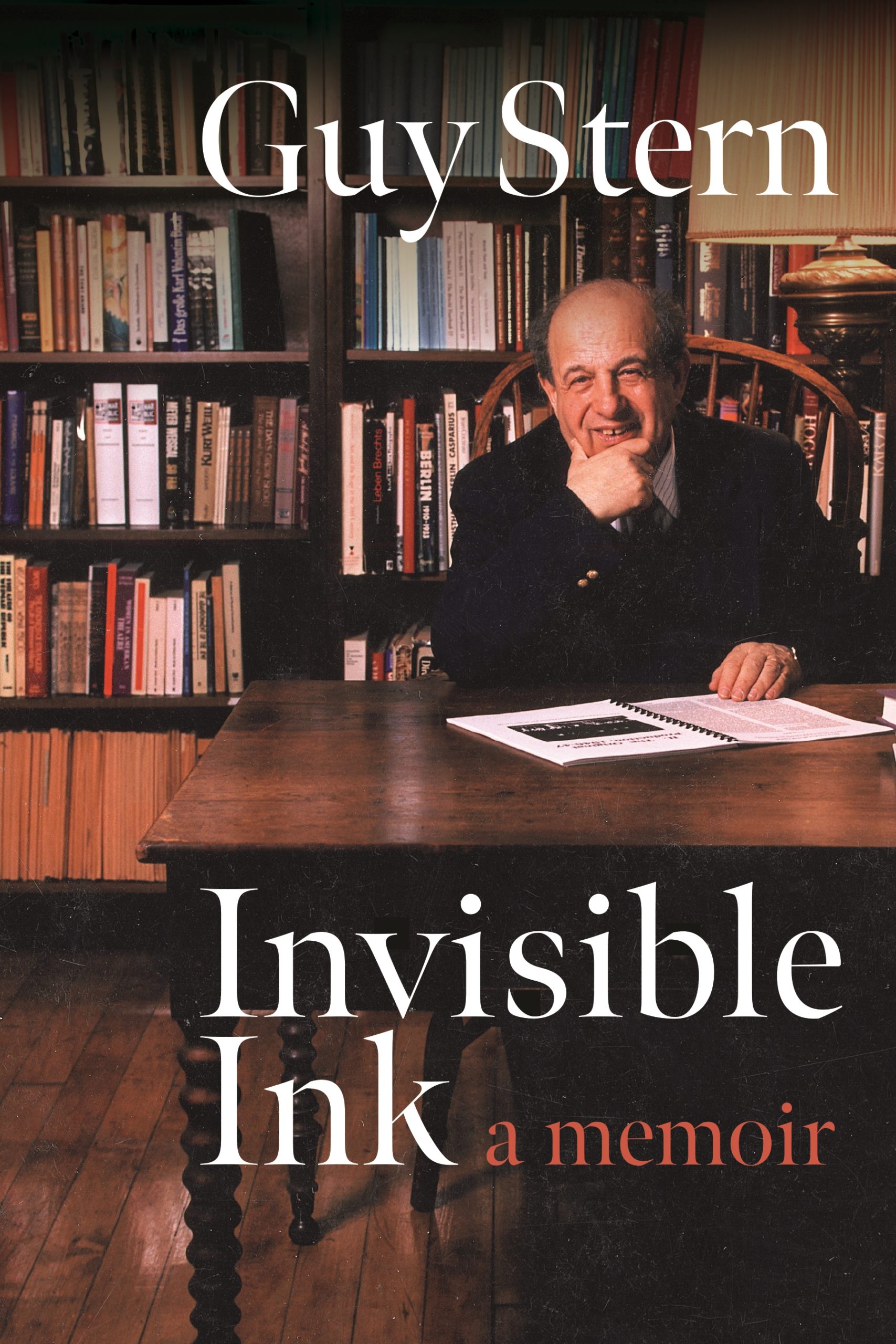 Invisible Ink is the story of Guy Stern’s remarkable life. This is not a Holocaust memoir; however, Stern makes it clear that the horrors of the Holocaust and his remarkable escape from Nazi Germany created the central driving force for the rest of his life. Stern gives much credit to his father’s profound cautionary words, “You have to be like invisible ink. You will leave traces of your existence when, in better times, we can emerge again and show ourselves as the individuals we are.” Stern carried these words and their psychological impact for much of his life, shaping himself around them, until his emergence as someone who would be visible to thousands over the years.

“Moving and unforgettable. Guy Stern’s telling of his epic journey through a well-lived life serves as a monument to the triumph of the human spirit.” – Bruce Henderson, #1 New York Times bestselling author of Sons and Soldiers

“Interspersing intellectual brilliance with deep emotional intelligence, Invisible Ink is a smart and compassionate memoir about a life well lived. It is steeped in historical significance and emphasizes getting the most out of every moment.” – Jessie Horness, Foreword Reviews