HomePast Events
A Violin Tribute to the Holocaust (June 8, 2021)
more

Watch acclaimed French violinist Arnaud Sussmann and Dave Wagner, Program Director and host of WRCJ 90.9 FM discuss his Holocaust-inspired recital. Arnaud regularly graces the world’s stages as a soloist of the Chamber Music Society of Lincoln Center. The special program performed on June 8 for the Holocaust Memorial Center was inspired by his grandfather’s survival of Auschwitz-Birkenau. To honor the memories of those lost, Arnaud Sussmann and pianist Michael Brown performed works of Jewish composers whose lives were directly impacted by WWII, including Robert Dauber, Pavel Haas, and Erwin Schulhoff. Learn more about Sussman’s music and family by clicking the arrow above.

Arnaud’s program pays homage to his grandfather, Jacques Sussmann, who was a Holocaust survivor. Watch the video below to hear Arnaud share his grandfather’s story of surviving Auschwitz.

Preventing Cambodia’s Genocidal Past from Becoming Afghanistan’s Future (May 20, 2021)
more

After nearly two decades of war in Afghanistan, the U.S. government is engaged in talks with the Taliban as part of an effort to forge a peace settlement and wind down U.S. military commitment. Within Afghanistan, government officials and ordinary citizens are fearful that an American exit could leave a beleaguered population at the mercy of the Taliban. How can the U.S. avoid a repeat of the 1975 Indochina withdrawal, which contributed to the rise of Cambodia’s genocidal Khmer Rouge regime? Associate Professor of Public Policy, John D. Ciorciari, will discuss the ways in which governments and ordinary citizens can help reduce the risk of genocide.

For Professor Ciorciari’s suggestions for how you can help and his links to agencies and projects in Afghanistan: Click Here

As part of the 2021 Yom HaShoah commemoration, the Holocaust Memorial Center continues our tradition of participating in “Unto Every Person There Is A Name” in a new, innovative way. Volunteers sent videos of themselves reading the names of Holocaust victims from their homes. Thank you to all of our volunteers for working together with us to ensure the victims of the Holocaust are never forgotten. 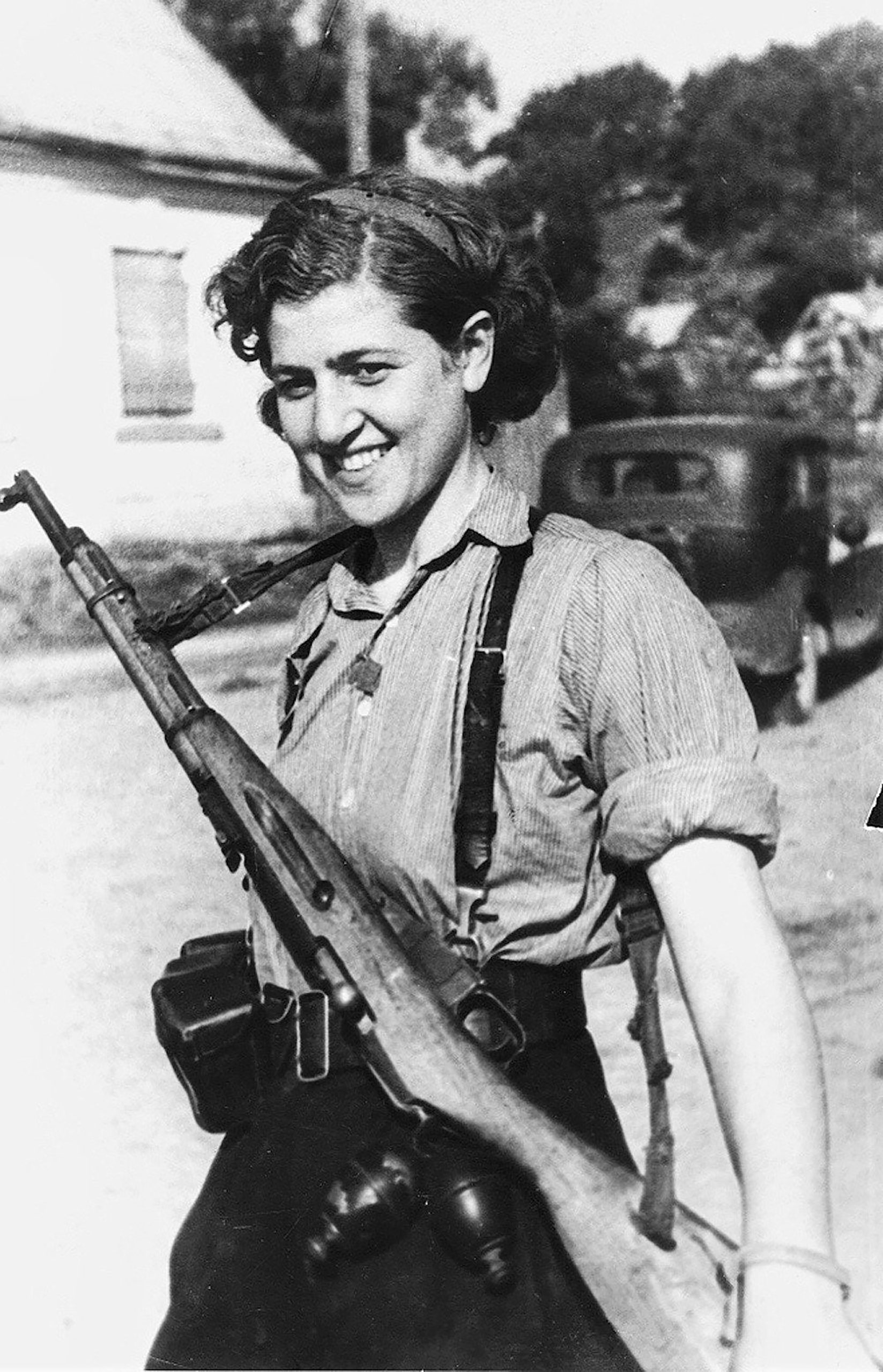 Trapped in Nazi-occupied Europe, thousands of women fought with defiance and dignity to save themselves and others. Be inspired by the courageous choices and words of female leaders in rescue and resistance movements. Our speaker, Dr. Lori Weintrob, is Professor of History and Director of the Wagner College Holocaust Center in Staten Island, NY.

Thank you to our Community Partners: the University of Detroit Mercy Women’s and Gender Studies Program and the National Council of Jewish Women, Michigan.

Synopsis of A Call to Spy: In the beginning of WWII, with Britain becoming desperate, Churchill orders his new spy agency to recruit and train an army of female spies to infiltrate Europe and help build the French Resistance against the Nazi regime. Inspired by true events and the stories of Virginia Hall, Vera Atkins and Noor Inayat Khan. Vera Atkins, was Jewish and faced anti-Semitism in London while working for the SOE, British intelligence.

Learning From the Germans: Race and the Memory of Evil (February 21, 2021)
more

As an increasingly polarized America fights over the legacy of racism and slavery, what can we learn from the Germans about confronting the evils of the past? Philosopher and author Susan Neiman and National Public Radio (NPR) 1A host Jenn White will discuss Germany’s effort to atone for the Holocaust and the work that contemporary Americans are doing to try to make amends for our country’s historical wrongdoings.

Thank you to our Community Partners: the Charles H. Wright Museum of African American History, Coalition for Black and Jewish Unity, and Detroit Public Television.

The Uyghurs, a Turkic Muslim ethnic group in western China, are being persecuted by the Chinese government with incarceration in concentration camps, forced sterilization, mass disappearances, and the destruction of their culture. Dr. Ellen J. Kennedy, Executive Director of World Without Genocide, discusses the efforts to hold the Chinese government accountable.

Thank you to our community partners: the Uyghur Human Rights Project, the Lori E. Talsky Center for Human Rights of Women and Children and the Jewish Community Relations Council/American Jewish Committee (JCRC/AJC)

Medical professionals played an integral role in the planning and implementation of Nazi racial policy. Dr. Patricia Heberer-Rice, senior historian at the United States Holocaust Memorial Museum, will discuss how medical professionals enforced policies of compulsory sterilization, as well as the “Euthanasia” program. Through these legalized programs, the Nazis murdered 650,000 people and set an important precedent for the Holocaust.

Thank you to our community partner the Voice/Vision Holocaust Survivor Oral History Archive.

Did Nazis turn murdered Jewish victims into soap? An elderly Holocaust survivor is desperate for historians and museums to recognize his eyewitness account as historical fact. He enlists the help of a young investigative journalist. Together the two explore the validity of memory and how the evils of antisemitism are reborn today in the form of Holocaust denial. Award-winning Actors Ed Asner and Tovah Feldshuh star in this gripping and poignant drama.
Play Runtime (Available on-demand): 1h 26m 50s
Click here to watch PBS’s concert reading of the play on your own.

This is the fascinating story of Ben Ferencz—the last surviving Nuremberg prosecutor and lifelong advocate of  “law not war.” After witnessing Nazi concentration camps shortly after liberation, Ferencz became lead prosecutor in the Einsatzgruppen case at Nuremberg, which has been called the biggest murder trial in history. He was 27 years old and it was his first trial. Ferencz went on to advocate for restitution for Jewish victims of the Holocaust and later for the establishment of the International Criminal Court. His fight for justice for victims of atrocity crimes continues today. Runtime: 1h 22m
Citizen 865: The Hunt for Hitler’s Hidden Soldiers in America ( November 10, 2020)
more
The Holocaust Memorial Center and the Detroit Jewish Book Fair present Debbie Cenziper, a Pulitzer Prize-winning investigative reporter and Northwestern University professor. Her book uncovers the epic quest by the men and women of the Office of Special Investigations to rid the United States of Nazi mass murderers hiding in plain sight.
Remembering Kristallnacht: An interview with Henry and Rosie Baum (November 9, 2020)
more

Krakow, one of the largest and most vibrant Jewish communities in Poland before WWII, is rich in Jewish history. In spite of a resurgence of antisemitism throughout Europe, Krakow’s Jewish community continues to grow and thrive.

Panelists were Rabbi Aaron Bergman of Adat Shalom Synagogue; Gail Offen, a child of a Shoah survivor from Krakow; and Jessica Katz, 2019 Ralph I. Goldman Fellow for the Joint Distribution Committee (JDC).

Author and journalist Helen Epstein discussed her mother’s powerful memoir, the testimony of an incredibly strong young woman who endured the horrors of the Holocaust and survived. Franci Rabinek was a Prague dress designer when the war began. She lied to Dr. Mengele at her Auschwitz selection, saying she was an electrician, an occupation that both endangered and saved her life. Her memoir gives an intense, candid, and sometimes funny account of those dark years, with the women prisoners in her tight-knit circle of friends.

Documentary short Reawakening recounts their journey. Through interviews with rabbis and congregants, the film explores how the white supremacy they experienced transformed their understanding of themselves and their city — and how it intensified their commitment to racial justice.

Rabbi Rachel Schmelkin served as associate rabbi for Charlottesville’s Congregation Beth Israel from 2016-2020. During her time in Charlottesville she was active in Charlottesville’s interfaith and social justice community. Alexandra Kauffman Horowitz is a former Senior Producer at CNN International covering business and economics. She now works as a writer, director, and producer of documentary shorts for non-profits, often on subjects related to Judaism.

A very special thank you to our program supporters:

World-renowned Holocaust scholar Dr. Michael Berenbaum interviewed Dr. Guy Stern in an online Zoom webinar about Guy’s remarkable life and his new memoir. Born in Germany, Guy was the only one in his family to escape from the Holocaust. He landed in Normandy 3 days after D-Day as a member of a special military intelligence unit and earned a Bronze Star Medal for his work interrogating German prisoners of war. Today, Guy is the HMC’s Director of the Harry and Wanda Zekelman International Institute of the Righteous and a Distinguished Professor Emeritus in the Department of Classical and Modern Languages, Literatures, and Cultures at Wayne State University.

A hidden child during the Holocaust, Miriam was smuggled as an infant out of the Srodula ghetto by a righteous gentile couple who adopted her. Her immediate family perished in the Holocaust and Miriam learned that she was Jewish when she was 16 years old. 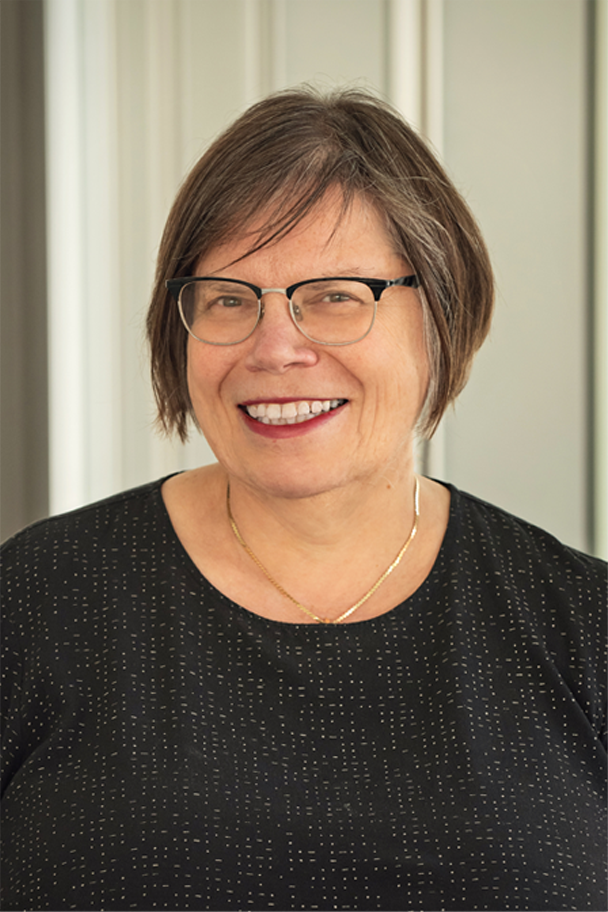 Yiddish literature grappled with the questions the Holocaust raised for the Jews and the wider world. How did they understand what was happening? What did it mean to be “the chosen people?” Were the promises of the Enlightenment—liberty, equality, fraternity—now at an end for Jews? In this lecture, Dr. Anita Norich discusses a range of Yiddish literary responses to these questions in an online Zoom Webinar.

Heroes of Holocaust Justice: The True Story of the Band of Spies who Hunted Down Adolf Eichmann (May 11, 2020)
more 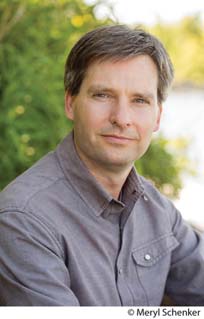 Click here to view the recording of the event.

As part of this 2020’s Yom HaShoah commemoration, the Holocaust Memorial Center continues our tradition of participating in “Unto Every Person There Is A Name” in a new, innovative way. Volunteers sent videos of themselves reading the names of Holocaust victims from their homes. Thank you to all of our volunteers for working together with us to ensure the victims of the Holocaust are never forgotten.

Click here to see a list of everyone who sent in videos for this special project to perpetuate the memory of the Six Million, and see below to watch the entire program.