Every survivor’s story is unique and provides a special, first-hand account of life before, during, and after the Holocaust. Meeting survivors lets us see all the victims of the Holocaust as real people who had – and lost – family, friends, and communities. Come meet our survivors and hear their personal stories of suffering and resilience. It is an experience you do not want to miss. Please join us Sundays at noon to hear from our survivor speakers, followed by a public tour at 1:00 PM. 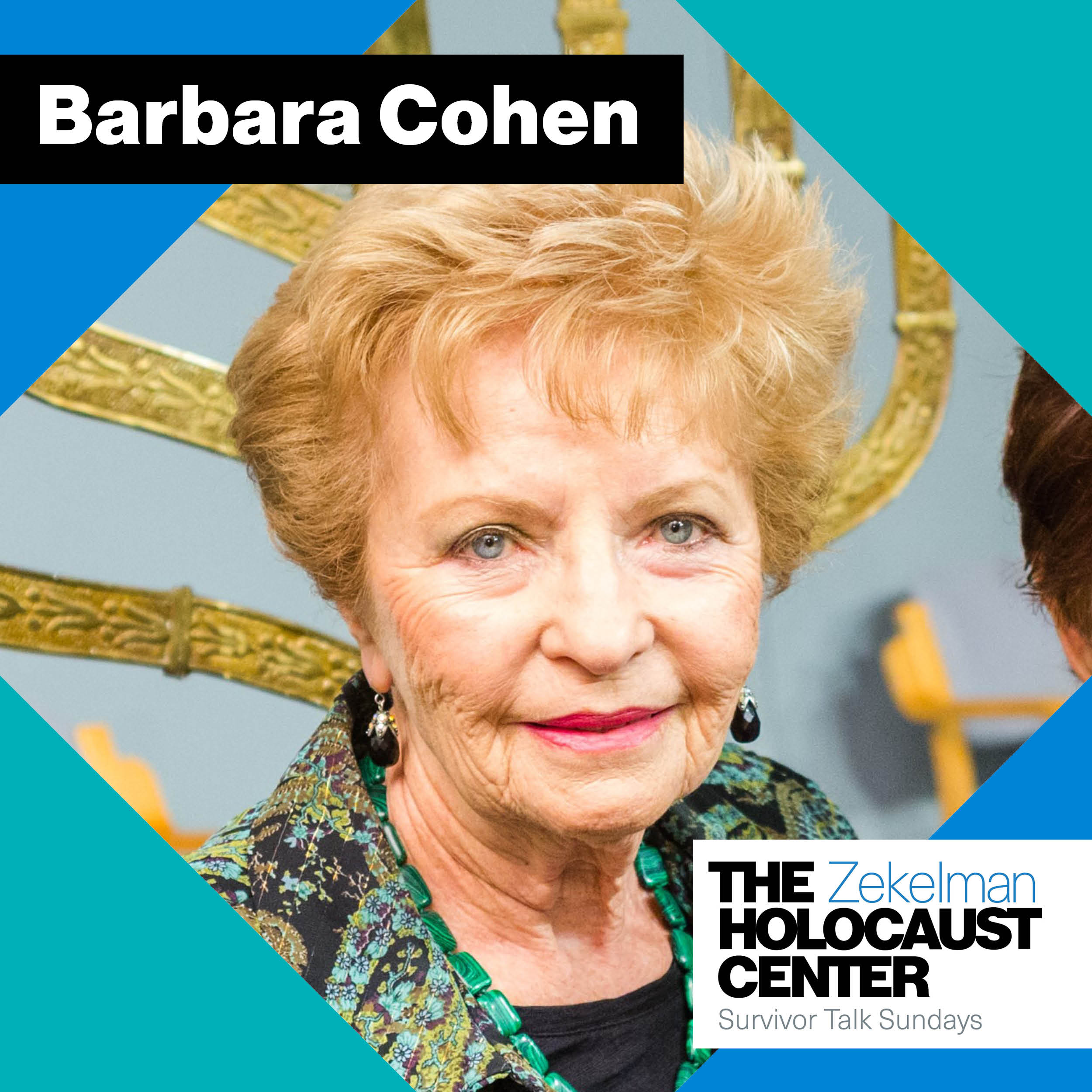 Barbara (Schechter) Cohen was born in Bukaczowce, Poland (now part of Ukraine) in 1941. When Barbara was a baby, she and her parents were sent to live in a ghetto. They were able to escape with false papers and were hidden by a non-Jewish farmer in the area. Because she had blond hair and blue eyes, Barbara’s mother was able to pass as German and took Barbara to Germany where they stayed during the war. They ended up in a Displaced Persons Camp in Stuttgart, where they were reunited with Barbara’s father. The family arrived in New York in 1946 as refugees.

“In the survivor community, one of our fears is that we don’t want to be forgotten. We want our children to remember the legacy, where they came from, that we are survivors, that we are strong people.” 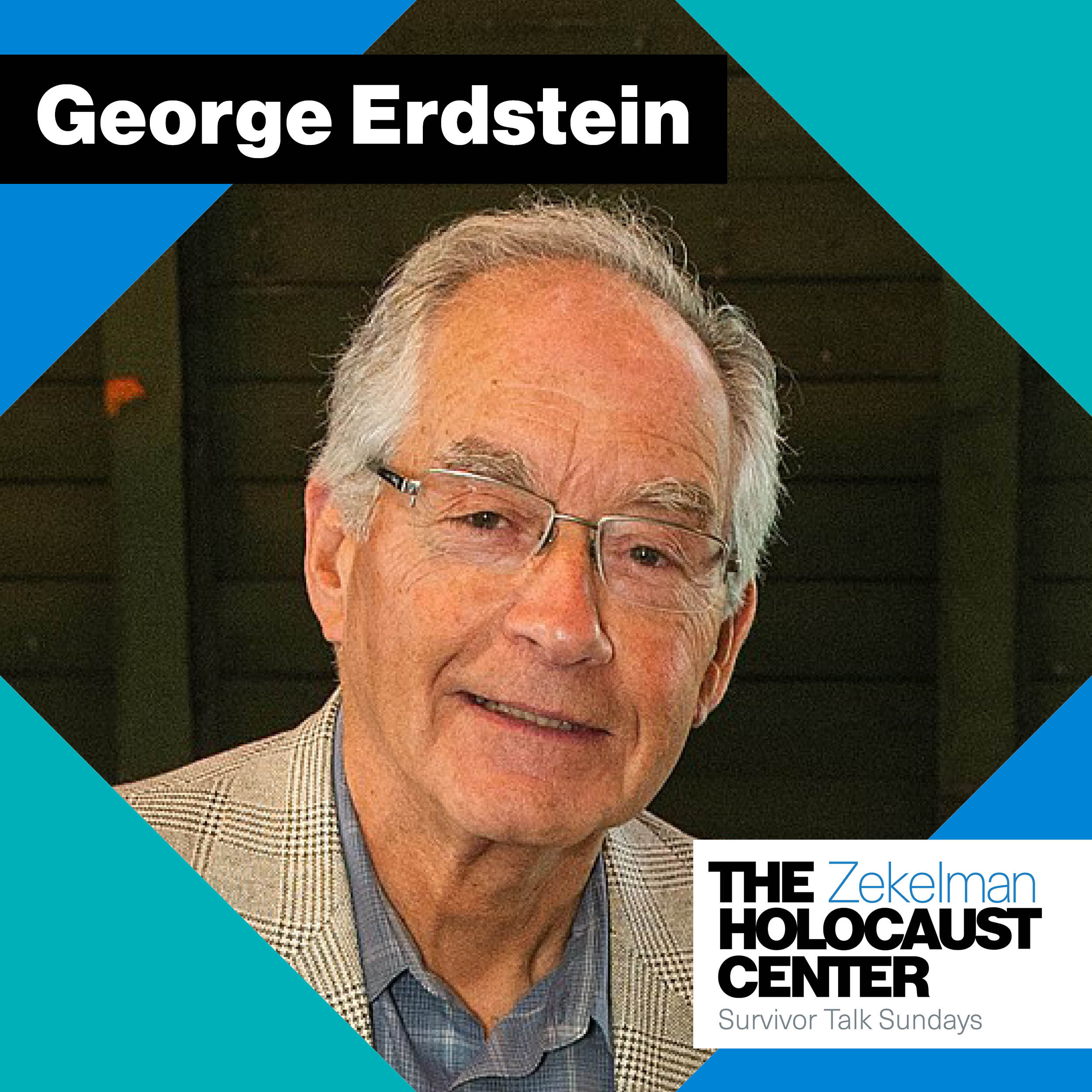 George Erdstein was born in Vienna, Austria in 1938 a few months after the Anschluss, the annexation of Austria by Nazi Germany. At the time, his parents questioned if and how they could escape. After Kristallnacht, George’s father was arrested by the Gestapo and tortured. He was released when George’s mother presented an affidavit from a relative agreeing to sponsor his immigration to the United States. Later in 1939, George, his mother, and his sister were able to join his father in New York.

“Even though the Holocaust took place over 75 years ago, the lessons are more relevant than ever and we should not forget them. The message of Zachor – to remember – must go on because tolerance is in jeopardy today more than it’s been in a long time.” 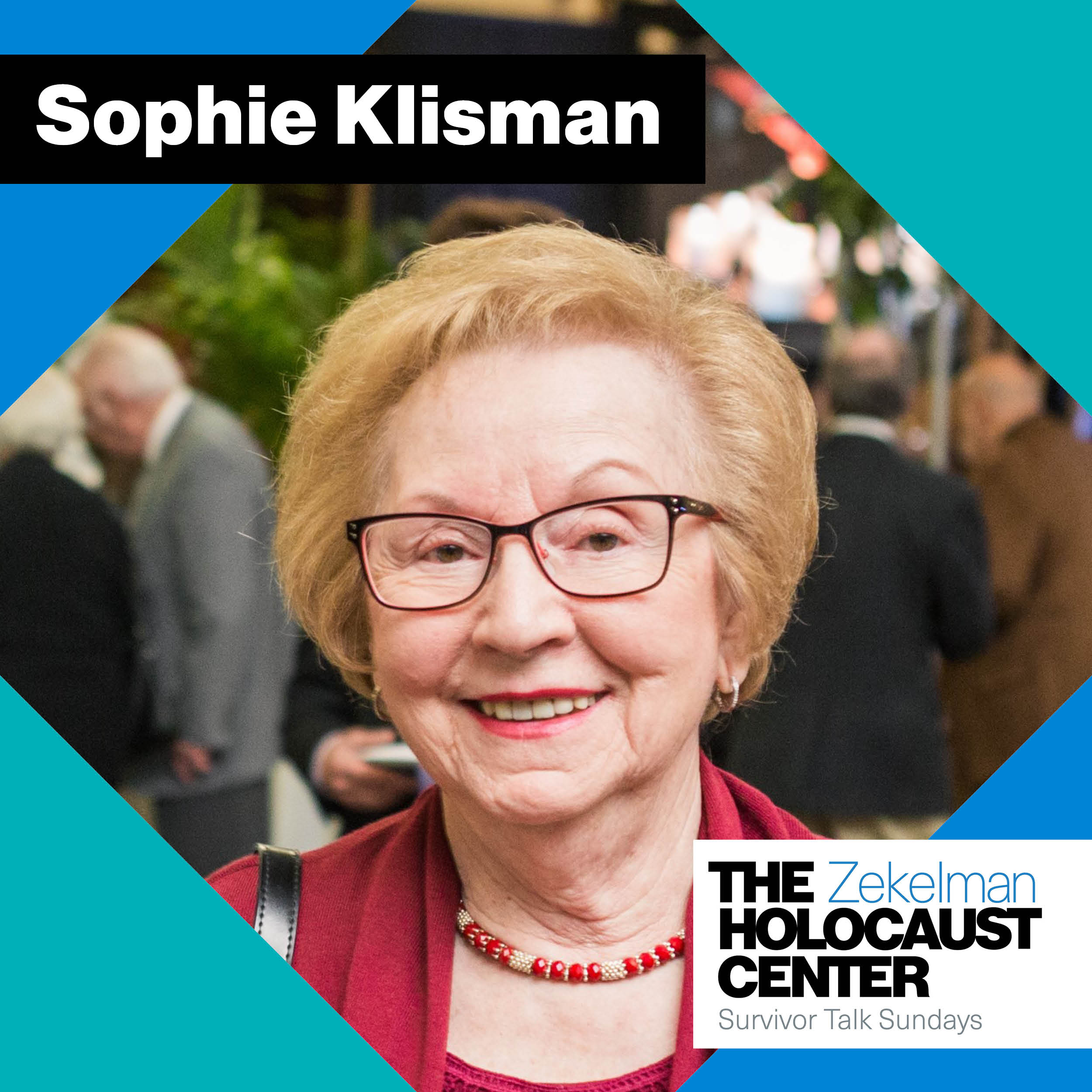 Sophie Teich Klisman was born in Lodz, Poland in 1929. After the Nazis invaded Poland, Sophie and her family were sent to live in the ghetto, where her parents and one of her siblings fell sick and died. When the Lodz ghetto was liquidated in 1944, Sophie and her surviving siblings were deported in boxcars to Auschwitz. Sophie survived selection in the camp by lying about her age. Sophie and her sister were sent to Bergen-Belsen, then to the Salzwedel concentration camp, where they were forced to work in an ammunition factory. Sophie and her sister were liberated by American troops in April 1945. They lived in Displaced Persons Camps until they were able to travel to the United States in 1949.

“Nobody, nobody should have to live through such terrors, such horrible conditions at such a young age, or at any age. It was a horrible experience, but I’m glad that I finally was able to tell it.” 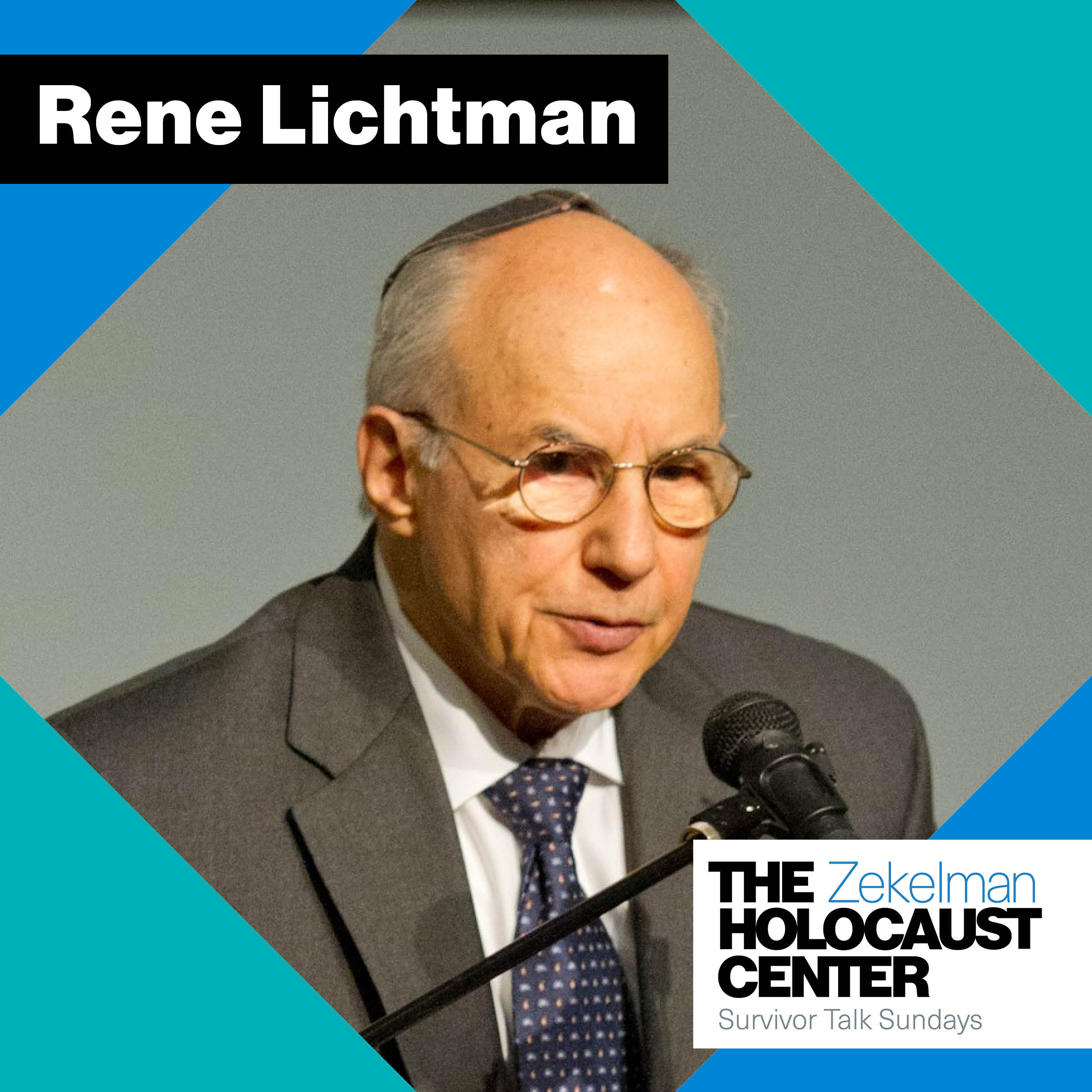 Rene Lichtman was born in Paris, France in 1937. His parents were Polish Jews from the Lublin area who had fled to France in 1936. Rene’s father fought with the French army against the Nazis and was killed in battle. Rene’s mother arranged for her young son to be sheltered by a Catholic family in the village of Le Vert Galant to avoid persecution by the Nazis, then went into hiding herself. Rene survived by passing as Catholic with his guardians. He was later reunited with his mother and moved to the United States in 1950.

“Be tolerant and get to know other people so you won’t fall for stereotyping. We were stereotyped, and that led to antisemitism. Also, don’t be a bystander. The people who saved both my mother and I were normal people who took a position. I think they knew the danger they were taking to save our lives.” 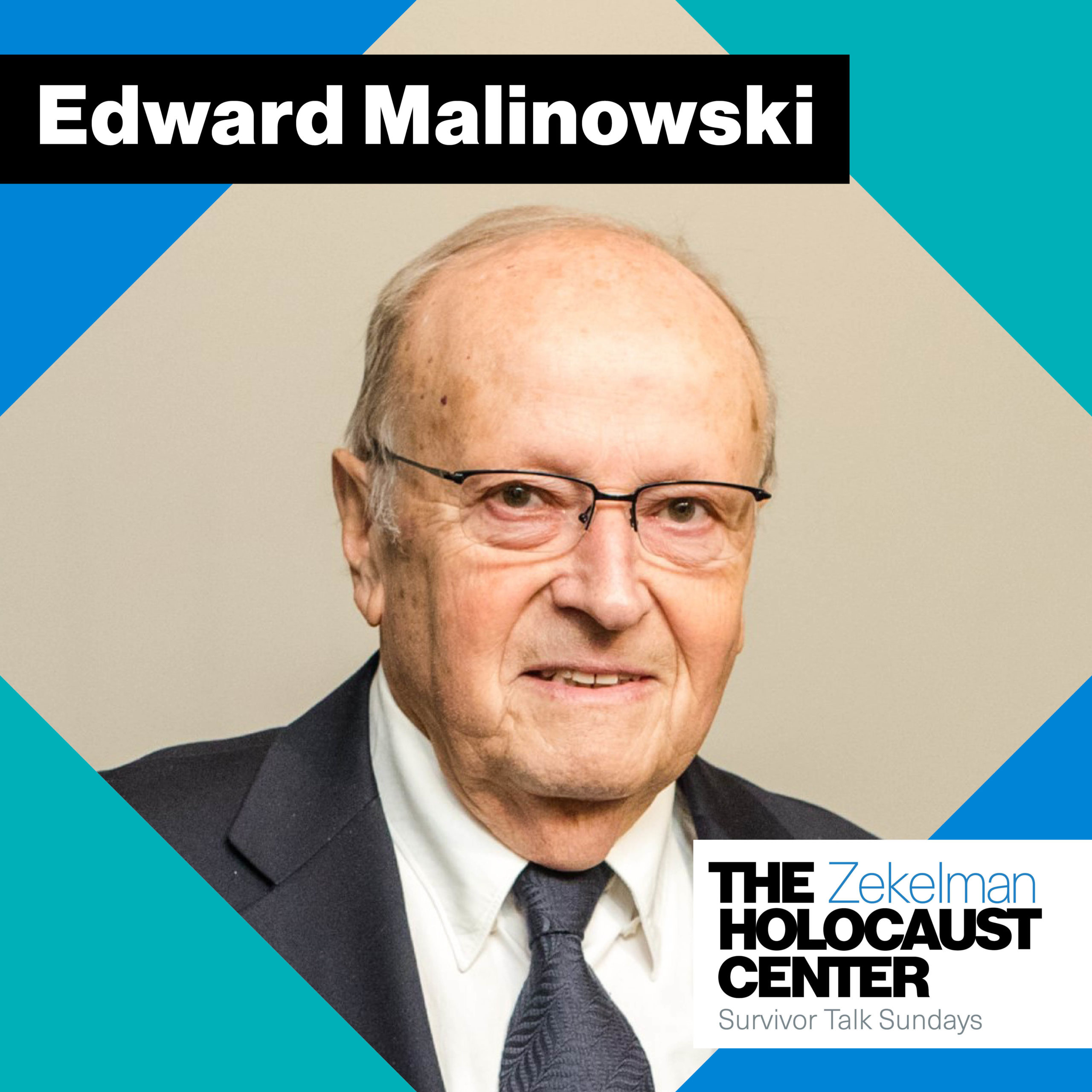 Edward Malinowski (Mersyk) was born in Warsaw, Poland in 1939. His family lived on a street that became part of the Warsaw ghetto. When Edward was 4 years old, he and his grandfather were taken from their home by German soldiers. Edward’s father bribed officials to get them released and later smuggled Edward and the family out of the ghetto. They went into hiding in apartments around Warsaw. During the Warsaw Ghetto Uprising, Edward and his family had to flee their hiding place and survived. After the war, Edward stayed in Poland before immigrating to the United States in 1969.

“You really never know what can happen to you in life. Adjust to the situations that come up, and do not be judgmental about groups of people. Be tolerant of people of other ethnicities and customs. Don’t be surprised that the people who you would not expect to help you in bad situations turn out to be the ones who do help you.” 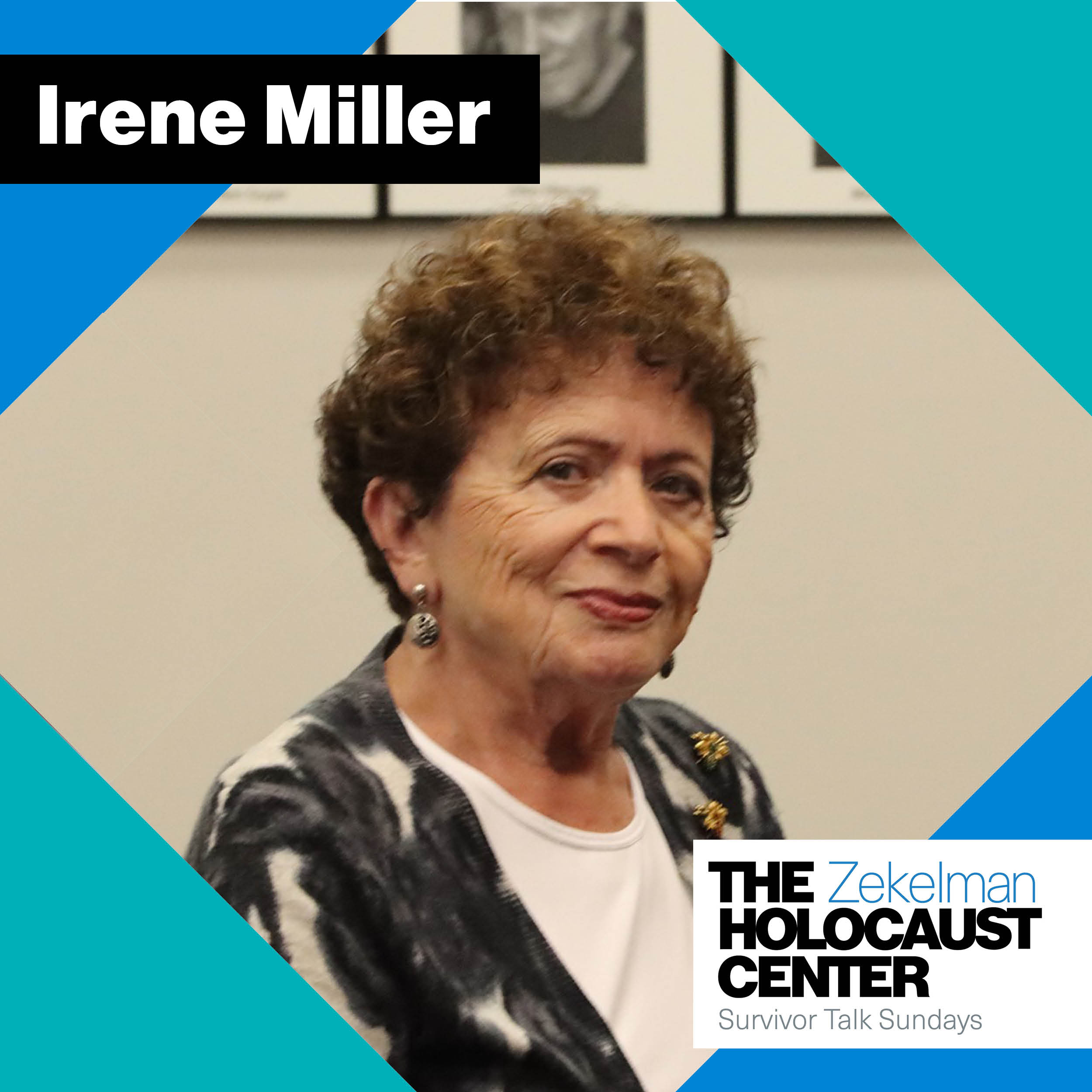 Irene Miller was born in Warsaw, Poland in 1932. When Germany invaded Poland, Irene’s family tried to flee to the Soviet Union and was stranded for several weeks in “no man’s land.” They made it across the Russian border and were later deported to Siberian labor camps, where they suffered from hunger and exposure. In 1942, they were set free and went to Uzbekistan, where they continued to struggle to survive and where her father died in an epidemic. Irene and her sister were sent to an orphanage to avoid starvation. After the war, Irene returned to Poland and lived in a Polish orphanage for 4 years before immigrating to Israel. In Israel, at the age of 18, she married a man from Detroit and a few years later immigrated to the U.S.

“Only in a country where all minorities have full rights and freedom can Jews as one of the minorities have all of their rights safeguarded. Become active towards this objective, don’t just be a bystander with good intentions; promote justice, tolerance, and diversity.”

Rae Wygoda Nachbar was born in 1932 in Pultusk, Poland. Shortly after the Nazis invaded Poland in 1939, Rae and her family went to Bialystok, Belorussia with other refugees. From there, the Russians sent Rae and her family to a penal colony in the forest. When the Germans attacked Russia in June 1941, Rae’s family was freed and made their way to Mizrachul, Uzbekistan. They struggled to acquire adequate food and shelter to survive, and her family lived off of profits from manufacturing and selling candy. When the war ended in May 1945, Rae’s family tried to leave the Soviet Union and return to Poland. Rae’s parents were killed on the journey. Rae and three of her siblings made it to the American zone in Germany and came to the United States in 1948.

“If you see evil, you should not pretend that it is not happening. Silence is acquiescence.” 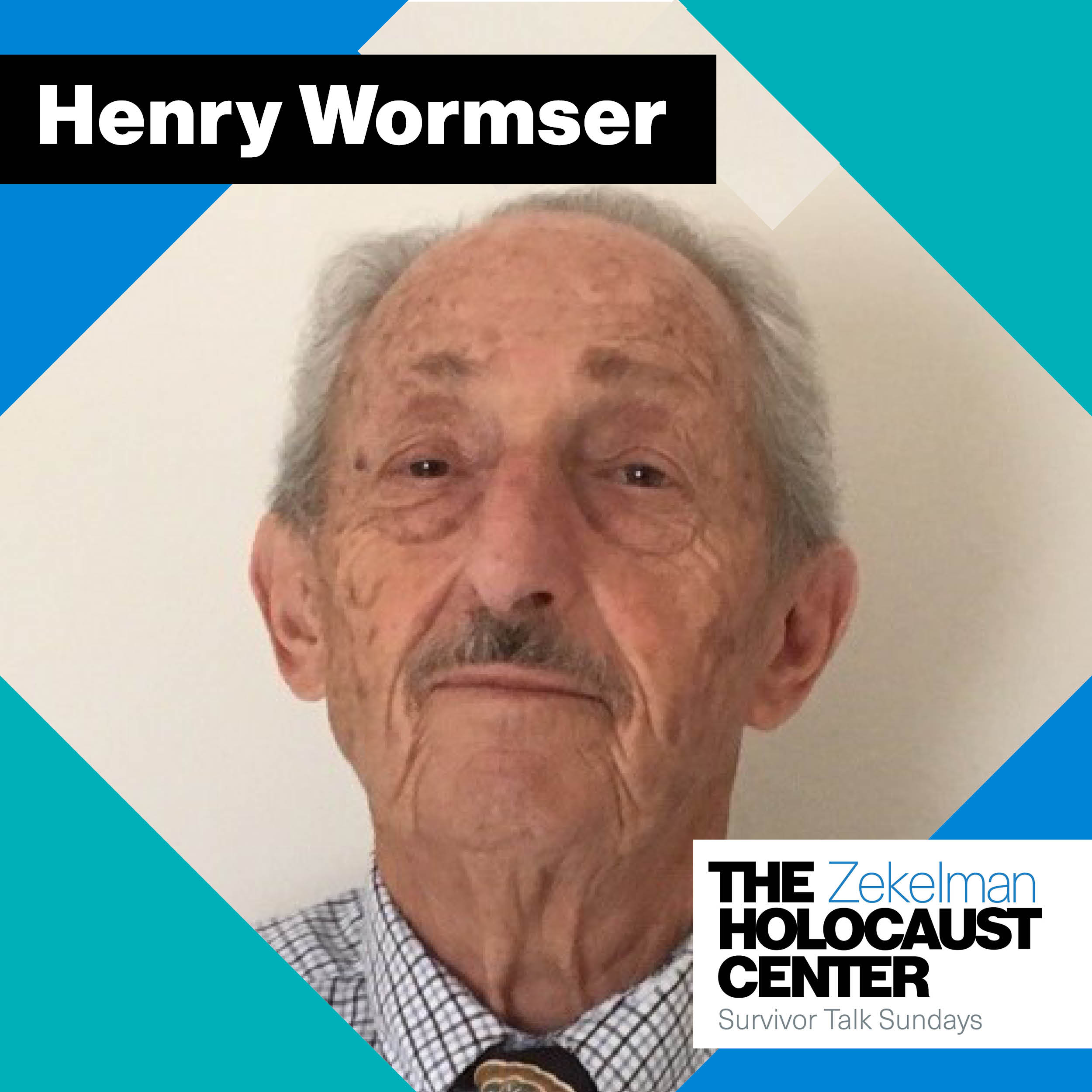 Henry Wormser was born in Strasbourg, France in 1936. His family moved to nearby Clermont-Ferrand located in the free zone in 1939. Henry’s father was drafted into the French army and became a prisoner of war in Dessau, Germany. When called to report to the government with their identity papers showing they were Jews, Henry’s family went into hiding in a small farming town where they were able to evade detection by the Germans. After liberation, Henry was reunited with his father. The family immigrated to the United States in 1953 with the help of relatives.